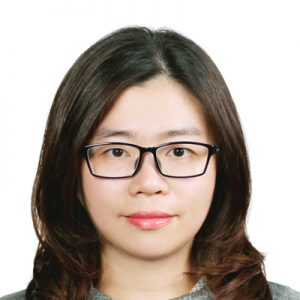 Tzu-Yuan Stessa Chao is currently an Associate Professor in the Department of Urban Planning and a Research Fellow of Healthy City Research Center at National Cheng Kung University, Taiwan. Her research mainly focuses on the relationship between demographic change and urban planning in both planning/ design practices and legal system. She was the first project leader of the National Age-Friendly Cities Program in Taiwan in 2010-2011 and has been deeply involved in Age-friendly Cities research in Asia since 2010. She was invited as a visiting scholar at the University of West of England WHO Collaborating Centre in 2012; Centre for Environment and Population Health at Griffith University, Australia in 2016; as well as CUHK Jockey Club Institute of Ageing, Hong Kong in 2016.

A study of the relationship between elderly people with depression and built environment in high-density urban areas: a people-environment perspective

As the population aging become an inevitable trend globally, improving the well-being of elderly people in urban areas has been a challenging task for all urban planners. Recent studies of ageing trend have also expended to explore the relationship between the built environment and mental condition of elderly people. According to Sarkar, Webster and Gallacher’s study, certain environmental factors could have impacts on the male older adults suffering from depression. The survey results indicated that “perceived general health and long-term illness/disability and HADS anxiety and depression were significantly associated with certain specific attributes of the built environment (2016, p.321)”. Saarloos et al. (2011, p.468) also argued “the odds of depression in older men were higher in areas with more land-use diversity, independent of neighborhood composition, diverse individual-level factors, and other built environment attributes (street connectivity and residential density).” These studies have proved that even though the built environment may not necessarily play the decisive role in affecting mental health, it can have positive impacts on individual mental health by promoting social linkages and social networks. In Taiwan, statistics show that the average prevalence of depressive disorder in older adults was 35.2% in 2015. Those who reside in long-term care facilities are with much higher rate (50%) suffering from depressive symptoms. There has been a great amount of research examined the impact of the built environment attributes on depression in the elderly; however, most of them were conducted in single-use residential areas in the Western countries. Little attention has been placed in high-density and mix-use urban areas such as Taiwan regarding how the built environment attributes relate to elderly people’s mental health.

Hence, this paper intends to first explore the relationship between specific built environment attributes of the built environment (such as residential space with high density or high mix-use rate) and individuals who suffer from depression, under different socio-cultural and networking circumstances. Quantitative method of questionnaire will be conducted in order to explore the above relationship from a person-environment perspective. We argue that the Person-Environment (P-E) fit is critical to older people’s quality of life. Through this imperial study, we can have more understanding of the interactions between older people and place in order to pursue Age-friendly cities in a higher density urban area.

What do we learn from screening over 30,000 community-dweling elderly for atrial fibrillation with smartphone electrocardiogram in Hong Kong? Cohort, Gender, and Ethnic Differences among the Oldest-Old in Taiwan