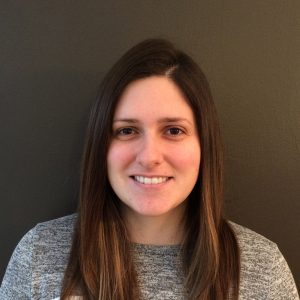 Danielle is the Age Friendly/Get Active Coordinator with the City of Temiskaming Shores. She has an educational background in Gerontology and Recreation Therapy. Having spent her career living and working in Northern Ontario, she has an appreciation for the needs of the shifting demographics and aging population characteristic of this region. She has experience working with older adults in a variety of settings, including community respite care, long-term care, assisted living, non-profit health education, adult day programming and community mental health. Danielle is passionate about the role of recreation therapy in maintaining personal and communal health for our aging population and improving quality of life in older adults.

Communities in Northern Ontario face unique challenges related to the realities of being rural, remote and disproportionately older, relative to the rest of the province. Specific issues faced by the community of Temiskaming Shores can be viewed on a continuum of positive to negative attributes through the lens of Age Friendly readiness.

The City of Temiskaming Shores has a population of 9,920 with 23.5% of the population over 65 and 45.8% over 50. This differs significantly from 16.7% of Ontarians over 65 years and 38.2% over 50. Temiskaming Shores finds itself on a growing list of small & rural communities with a climbing percentage of older adults. The eight pillars represented through Age Friendly environments have resonated with the local population as an appropriate system to determine a strategic direction moving forward.

An Age Friendly survey was conducted in 2015 with close to 300 respondents and an Age Friendly committee formed with the involvement of local organizations and older adult representatives. Following the aggregation of the data collected from the survey, a local ‘Age Friendly Plan’ was developed and received support from municipal council with the passing of By-law No. 2016-151 to adopt the Age Friendly Community Plan for the City of Temiskaming Shores.

At this time, there have been significant accomplishments by the committee and community. ‘Communication and Information’ and ‘Social Participation’ were areas that required substantial immediate work and a major accomplishment has been the creation of a ‘Community Guide’. ‘Housing’ and ‘Transportation’ are both pillars that many similar communities have significant struggles, both are being primarily addressed in a long term plan. ‘Community Support and Health Services’ & ‘Outdoor Spaces and Buildings’ have allowed for the fostering of partnerships between the Age Friendly committee and the business community with several successful strategies in place.

The survey indicated local older adults felt satisfied overall with the ‘Respect and Social Inclusion’ they experienced in this community. They also felt ‘Civic Participation and Employment Opportunities’ are another area that does not have a high priority at this time.

Temiskaming Shores has formally invested three years into becoming Age Friendly, much of the groundwork was laid previously and there is still a lot to be done. Our hope is to share what we have learned as well as useful tools and concepts developed in our Northern Ontario community with others who face similar challenges in becoming Age Friendly environments.

Aligning health systems to the need of aging populations in Latin America: Evidence from 15 countries Marijuana Legislation and its Social and Community Considerations on Ageing Adults