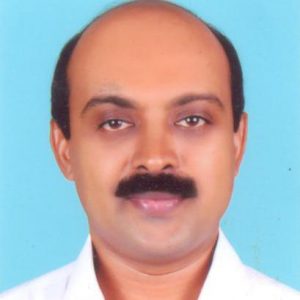 Biju Mathew has been working in the field of Gerontology for the last 25 years. Presently he is the Director & Kerala State Head of “HelpAge India” and manages agecare activities in the state of Kerala. He is associated with Prof.K.M.Chandy Foundation as the member of Governing Body and is also a Guest faculty at Kerala Institute of Local Administration.

He had Organised / Key Note Speaker / Presented Papers / Attended in several International, National, Regional & State level Conferences / Seminars / Workshops for the cause and care of the elderly.

Kerala’s demographic transition from a state with high mortality and high fertility to one with a low count in both of these, outpaces that of the rest of the country by 25 years according to Kerala Development Report of the Planning Commission in as early as 2008.  Currently at 14% of the total population of Kerala, the number of those above 60 years is expected to reach 40% by end- 2061.  The declining birth rates and the migration of the young, coupled with the increase in life expectancy to an average of 72 years, Kerala is fast aging with a greying population and increasing demands on the fiscal, health and social security mechanisms.

Through its progressive State Policies for the Elderly, the State has moved from Institutional care and support to home based care and support as is evidenced by the latest policy of 2013.  “Right to Life with Dignity in their own homes” is the core message of this Policy and the State is also enhancing other service delivery provisions and providing for regular medical care through the Vayomithram concept.

HelpAge India which was pushing the ‘Age Friendly Kerala’ initiative was able to energise Kerala Institute of Local Administration (KILA) to chalk out a way forward on process of empowering Local Self Governments (LSGs).  Thus all 1200 local governments in Kerala will be covered in phases, to empower them in Agecare; which includes 941 Grama Panchayaths, 152 Block Panchayaths, 14 District Panchayaths, 87 Municipalities and 6 Municipal Corporations.  The backbone of the whole process will be built-up from grass root level by forming Elders Self Help Group (ESHGs) / Senior Citizens Associations (SCAs) / Geriatric Clubs / Gram Sabha of Senior Citizens.  These groups along with LSG will run the Day Centre / Resource Centre at local level.

Institutionalisation of state government schemes / projects takes its own time.  It may be noted that the whole exercise initiated will lead to action at a grass root level for Senior Citizens through Day Centres. Ultimately the Day Centres will be converted into Agecare Service Centres of Government where all actions related to Senior Citizens will be coordinated by the people, of the people, for the people (ESHGs in rural and SCAs in Urban will lead the action).

Age-friendly business: A scoping review The social impact of COVID-19 lockdown measures on older residents’ social connections within housing schemes in the UK.

Quality of life older adults and the uptake of technology