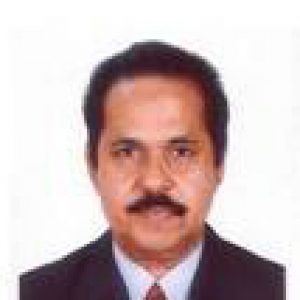 Prof. Jacob John Kattakayam is Professor Emeritus at the University of Kerala, Senior Fellowship Awardee of ICSSR, Immediate Past President of the Indian Sociological Society & Hon. Director, Centre for Gerentological Studies. He was the Director-cum-Professor of the UGC Academic Staff College, University of Kerala, for over 12 years and Dean, Faculty of Social Sciences. He was member of the ICSSR (2005-2008), Secretary of the Indian Sociological Society for two terms (2001-2005), and Visitor’s nominee to the Faculty of Education, University of Delhi (2007-2010). He has produced 33 Ph.D.s and is supervising 10 Ph.D. students. He has served as Visiting Professor at University of Southern California, U.S.A 2004, and Montclair State University, New Jersey, USA, during Spring 2003. He has also served as visiting faculty in the Morgan State University, USA, in 1987 and Duke University, North Carolina, USA (1998) and has visited several Universities in USA, Canada, Europe, South America, Australia, Africa and Asia and delivered lectures. He has presented papers and chaired sessions at the 18th World Congress of Sociology Yokohama, Japan, International Federation of Ageing Workshop, Istanbul(2013), 20th World Congress of Gerontology, Seoul (2013),World Forum of the International Rural Network, Whyalla, Australia (2012), 17th World Congress of Sociology, Sweden (2010), 6th Asia-Pacific Social Sciences and Medicine Conference, Kunming, China (2002), 5th Global Conference on Ageing, Mar del Plata, Buenos Aires, Argentina (2000), XVI World Congress of Gerontology, Adelaide, Australia (1997), and XII World Congress of Sociology, Bielefeld, Germany (1994). He has also presented papers at the 18th World Congress of Gerontology, Rio de Janeiro, Brazil (2005), 4th International Conference on Rural Networking, Abingdon Virginia, USA (2005), 5th International Conference of Association of Anthropology and Gerontology (AAGE), University of Texas, Austin, USA (2005), 17th World Congress of Gerontology, Vancouver, Canada (2001), Global Conference of the International Federation of Aging in Durban, South Africa (1997) and 11th World Congress of Sociology in Madrid, Spain (1990). He was selected by the UNFPA to attend an international workshop on Social Gerontology in Malta (1993) and an international workshop on Health Expectancy at Nihon University, Tokyo (1999). The Ministry of Human Resource Development at the invitation of the South African Government nominated him to present the country paper at the academic seminar held in connection with IBSA Summit in Johannasberug, Oct. 15 – 17, 2007.   He has authored four books, edited four, and is Series Editor for the seven Diamond Jubilee Volumes of the Indian Sociological Society. He was re-elected to the Executive Committee of the International Sociological Association, RC11, and to the Board of Directors of the International Rural Network (IRN), Canada. In July 2015 and July 2017 he has attended the Sixth and Eighht Open-ended Working Group on Ageing at the UN headquarters, Newyork and addressed the UN General Assembly. He has also Presented Papers at the International Conference organized by the ISA-RC11 on Aging Families at Syracuse University, USA(2015) and Third ISA Forum of Sociology in Vienna, Austria(2016).

AGE FRIENDLY VILLAGE SELF-GOVERNMENTS IN KERALA, INDIA –AN INITIATIVE TO EMPOWER THE ELDERLY

The elderly population (60+) in India is a fast growing phenomenon. Kerala called as the greying state of India, has the highest proportion of elderly constitute 13 per cent of the state’s population of 3.34 crore compared to the national figure of 8.2 per cent. Kerala’s elderly are expected to make up 18 – 20 percent of its population in 2026. Older people make important contributions as family members, volunteers and as active participants in the workforce. A growing number of cities and communities worldwide are striving to better meet the needs of their older populace. Environments play an important role in determining the physical and mental capacity across a person’s life course and into older age. Both older people and the environments in which they live are diverse, dynamic and changing. Creating environments that requires truly age-friendly action in the sectors are health, long-term care, transport, housing, labour and social protection, Kerala has been the trend setter for decentralized development in India having 941 Village Self-Governments. Kerala State in India has introduced a unique system of age friendly village administration since 2014 and resulted in transforming the Local self-government Institutions into people friendly institutions with a high degree of transparency and efficiency. Three villages in Thiruvananthapuram are declared as ‘Vayo Souhruda’ grama panchayats. These villages will have all the necessary facilities to ensure that no person above the age of 60 is left unsheltered and unfed. All service, including medical and police help, will be at their beck and call. The ‘Vayo Souhruda’ project is being implemented with the assistance of Centre for Gerontological Studies. The project is similar to the WHO Age-Friendly Communities. The present paper focus how the   Village Self-Governments in the Manikkal, Poovachal and Vembayam panchayats in Thiruvananthapuram ,Kerala have implemented its age friendly programme using its own funds and how it promote age friendly component in the programmes run by NGOs in the catchment area like old age homes, day-care centres and hospitals. The paper also projects how CGS is playing the role of facilitator in expediting the programme and monitor the work of Village Self-Governments in providing age friendly components in Thiruvananthapuram.It is implicit that implementation of the project will meet a large part of the needs of the elderly and ensure the enjoyment of a major part of the rights of older persons envisaged in the UN Principles for Older Persons .

The Effect of Educational Program Based on BASNEF Model on Changing the Metabolic Indices in Elderly Patients with Type II Diabetes INCOME SECURITY AFTER RETIREMENT – A SITUATION ANALYSIS OF RETIRED ELDERLY IN KERALA,INDIA