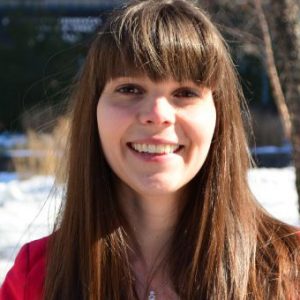 Kate Murzin, MPH, is the National Program Manager at Realize, a charitable organization committed to fostering optimal well-being for people living with HIV and other episodic disabilities. The research, education, policy and practice change activities in which she engages are focused on the health and well-being of aging and older adults living with or vulnerable to HIV. Realize provides secretariat support to the National Coordinating Committee on HIV and Aging and Kate works closely with its diverse stakeholders, including older adults living with HIV, to effect change. She is the co-Principal Investigator on the PANACHE (Preferences And Needs for Aging Care among HIV-positive Elderly people) study, a community-based participatory research project.

Ageism and Social Belonging in Canada Through an Intersectional Lens 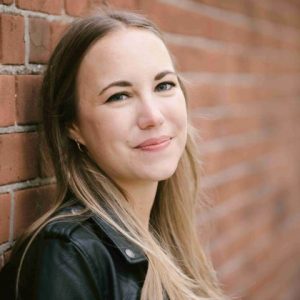 Sharma Queiser (she/her) is social work professional deeply committed to addressing all forms of systemic oppression through research, public policy, and systems change. She is currently a researcher and policy analyst at Social Planning Toronto, a non-profit community organization that works to improve equity, social justice and quality of life in Toronto through community capacity building, resident engagement, research and policy analysis, and social reporting. At SPT, Sharma conducts community-based action-oriented research on a range of social justice issues. Based on the research and extensive engagement with stakeholders, she helps to develop multi-sectoral responses and advocate for policy change to improve the lives of Toronto’s most vulnerable residents. 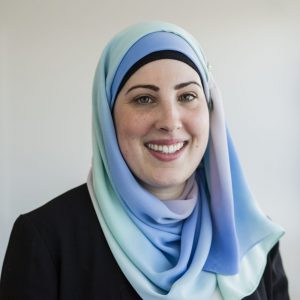 Jordana Salma is a Registered Nurse and an Assistant Professor in the Faculty of Nursing at the University of Alberta. My research program IREA (Implementing Research for Equity in Aging) focuses on the health and well being of immigrant, refugee and racialized older adults. I work to engage communities in designing and implementing interventions that improve health outcomes. Some areas of past and current work relate to social connectedness, chronic disease management and physical activity in older adults. I draw from Feminist, Transnational and Post-Colonial perspectives and has expertise in participatory, arts-based and qualitative research methodologies. 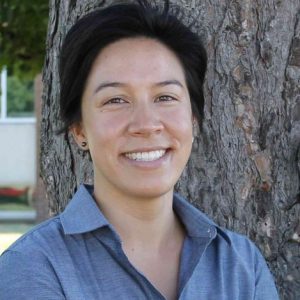 Celeste Pang is a socio-cultural and medical anthropologist, and Senior Research Officer, 2SLGBTQI Health, Aging, and Housing, at Egale Canada, a leading national organization for 2SLGBTQI people and issues. At Egale, Celeste leads major original research projects and focuses on advocacy towards improving the lives of older adults and other community members. Over the last ten years, she has collaborated on a range of multi-disciplinary projects that consider issues of access and equity in the realms of health and aging, including work on palliative care, dementia, end-of-life care planning, and intergenerational storytelling. Celeste’s doctoral dissertation focused on LGBTQ older adults’ experiences of aging and long-term care in Toronto, Canada. 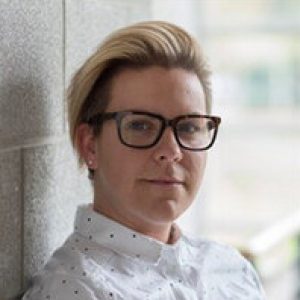 Ashley Flanagan (she/her) is a Research Fellow at the NIA. She completed her PhD in Aging, Health, and Wellbeing at the University of Waterloo. Ashley’s research focuses on 2SLGBTQIA+ ageing and old age with the goal of advancing comprehensive health and wellness policy, programs, and services for older adults with diverse gender and sexual identities. She has extensive expertise in the areas of socio-cultural gerontological and leisure perspectives, social justice and diversity, qualitative research methodologies, and social theory. Ashley is also a member of the Ontario Centre for Learning, Research and Innovation’s (CLRI) Supporting Diversity & Inclusion in Long-Term Care Advisory Group.

Despite the stereotype that Canada is a country accepting of difference, older people in this country routinely experience ageism, a type of stigma and discrimination based on age, within their social circles, their broader communities and the institutions and systems of care they access. Anticipation of neglect or poor treatment prevents older adults from seeking the services and supports necessary to address their basic needs and thrive in older adulthood.  Patronizing and abusive interactions break their trust in care providers and create barriers to desired social participation and seeking of support. Older adults may also internalize the pervasive ageist narratives in Canadian society leading them to perceive themselves as a burden.

One particularly harmful ageist generality is that older people or “seniors” are a homogenous group.  This trope leads to the development of “one size fits all” policies and programs for older adults that overlook the importance of distinct cultures and forms of community belonging.  Also ignored are the harmful impacts of homophobia, transphobia, racism, xenophobia, classism, and ableism on individuals’ and communities’ experiences of growing older and opportunities to thrive.  Discrimination and “othering” based on race, immigration status, class, gender identity, sexual orientation and/or disease status, whether experienced early or late in the life course, have lasting impacts on a person’s self image, social network, and relationship to formalized systems of care.  In older age, the interactive effects of ageism and other forms of stigma can be especially burdensome, resulting in social exclusion and isolation, mental health issues, worsened health outcomes, and poverty.

Five research projects conducted in Canada will be featured in this symposium.  The findings of each of these studies include examples of the harm done to older persons, their carers, and broader communities when ageism and other forms of stigma intersect.  In addition to describing the interdependent effects of multiple forms of stigma and discrimination on older 2SLGBTQI persons, racialized and immigrant seniors, older adults living with HIV, and older persons living with dementia and their unpaid carers, presenters will highlight examples of strategies used by study participants to mitigate these consequences.  Evidence-informed recommendations for practice and policy change emerging from these projects will also be shared.

Presenter #1, Sharma Queiser
The disproportionate impact of poverty on Indigenous, Racialized and Immigrant Seniors in Toronto
Seniors living in poverty experience many challenges and hardships, from food insecurity, risk of eviction and homelessness to compromised physical and mental health and social isolation. As a key social determinant of health, poverty impacts the health and well‑being of Toronto’s large and diverse senior population. Yet senior poverty is not always top of mind for policy-makers — perhaps owing to the relative success of our national income security programs established decades ago to address high rates of senior poverty in Canada, particularly among senior women. However, data from the 2016 Census and Indigenous-led Our Health Counts Toronto research study, paint a disturbing picture of senior poverty in the city of Toronto, particularly among Indigenous, racialized, and immigrant seniors. Amidst Toronto’s ongoing housing crisis, we take a closer look at the housing challenges that senior tenants face. We explore gaps in public policy to understand the root causes of these inequities and how to address them.

Presenter #2, Jordana Salma
Women-CONNECT study: A community-based participatory research project with Muslim older women
Muslim older women in Canada are seen but not heard; Their perspectives are rarely the focus of aging research and their wellbeing is overlooked in policy and service provision.  This community-based participatory research project in Edmonton, Alberta aims to create safe and empowering spaces for Muslim older women to explore their experiences of social connectedness. We use a combination of photo-elicitation and narrative multi-series interviews with participants. An advisory committee of Muslim women informs all stages of the research project. Preliminary findings point to the centrality of family in the lives of Muslim women, the value of language, culture, and religion in fostering connectivity, and the increased role of technology in maintaining connections in older age. Civic engagement, a strong sense of belonging to Canada, and resilience are notable themes in women’s stories. The outcomes of this project have health and social policy implications for Canada’s one million Muslims and other immigrant and racialized older adults.

Presenter #3, Celeste Pang
Ageism and heteronormativity: Troubling tropes of social isolation and loneliness in older age
Social isolation and loneliness among older adults are commonly cited as key factors and causes of a range of mental health issues, physical ailments, and decline in active social participation. Social isolation and loneliness have been variously characterized as relative “epidemics”, “new geriatric giants”, and are subjects of calls for greater investment and intervention in gerontological scholarship and popular media worldwide. Yet, the underlying heteronormativity and ageism of common tenets of these concepts remains under-examined. This paper interrogates “social isolation” and “loneliness” as social concepts, as nodes of governance, and for their potentially stigmatizing effects. It draws on interviews and participant observations with 50 LGBTQ older adults living in Canada to center distinct perspectives on forms of social belonging and connectedness that are desired, and desires to, indeed, be left alone.

Presenter #4, Kate Murzin
The Intersection of HIV stigma and ageism
Combination antiretroviral therapy (cART), introduced just 25 years ago, has completely transformed how HIV is conceptualized, both clinically and epidemiologically.  Among people with reliable access to treatment, HIV is now considered a chronic illness with an overall favourable prognosis. Research evidence also clearly shows that a person living with HIV who is taking cART as prescribed and has an undetectable viral load cannot pass the virus on to their sexual partners.  Unfortunately, despite these scientific advances, people living with HIV continue to be stigmatized in Canada. The interactive effects of HIV stigmatization and ageism multiply the social burden on older persons living with HIV and impact their financial security, social support, and access to formal care and services, whether in the health, HIV, or aging sectors. Using qualitative data from the PANACHE Ontario project, a community-based participatory research study on the aging care needs and preferences of older adults living with HIV, this presentation will demonstrate how members of this cohort are impacted by stigma because of their overlapping social identities. Strategies used by people aging with HIV to limit the harmful effects of HIV stigma and ageism will also be examined.

While 2SLGBTQI aging and older adults have received increased public and scholarly attention in recent years, the intersections of living with dementia and 2SLGBTQI identities remains under-acknowledged and poorly understood—as well as the resultant impact on access to social support. In particular, little is known about 2SLGBTQI people’s experiences living with dementia, their successes, and challenges in accessing social and healthcare supports, nor about perspectives on what support is needed from individuals providing unpaid care to 2SLGBTQI family, friends, and community members within the context of dementia. In 2021, we conducted a series of online focus groups with 2SLGBTQI older adults living with dementia (n=2) and the primary unpaid carers of 2SLGBTQI people living with dementia (n=14) from across Canada. Carers included a range of close others, including partners, siblings, and nieces, and fellow community members. We found that 2SLGBTQI communities and allies both face unique challenges in accessing and mobilizing needed supports, while continuing to cultivate strong connections and to find creative solutions to living with and providing care to one another. In this paper, we highlight existing practices and potentials for queer kinships and solidarity towards improving support systems for people living with dementia and those who care for them.

Social Determinants of Health and Inequities in Health for Older Adults with Dual Sensory Loss Who are the stakeholders? How are they involved? What is their impact? Exploring partnerships in Quebec’s Age-Friendly Municipalities program

Open for business. Is Medical Assistance in Dying (MAiD), assisted suicide, or euthanasia ever appropriate for older persons with mental health conditions or psychosocial disability. A debate