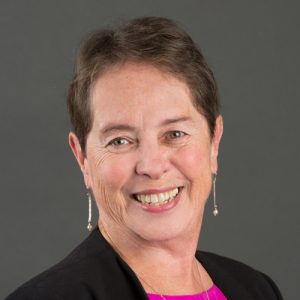 Pat Spadafora is the former Director of the Centre for Elder Research, an applied research Centre of Excellence at Sheridan College in Ontario, Canada. The Centre, founded by Ms. Spadafora in 2003, enables researchers to go from “lab to life”® with its consumer driven focus and its emphasis on knowledge translation. With many years of experience in post-secondary education, social work and applied research, Ms. Spadafora has a proven track record of bringing innovative projects to fruition. Under Spadafora’s leadership, the Centre amassed an impressive body of work and developed a reputation for innovative research and community engagement.

Ms. Spadafora’s expertise and research interests include promoting positive images of aging, technology to support healthy aging, the lived experiences of older immigrants, the needs and interests of older entrepreneurs, the business of aging and the health and well-being benefits of engagement in the creative and performing arts.

Ageism and the Barriers to Labour Force Participation of Older Adults 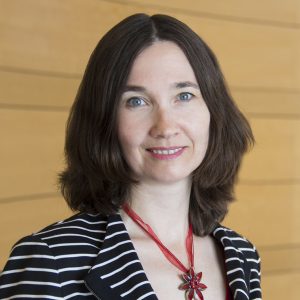 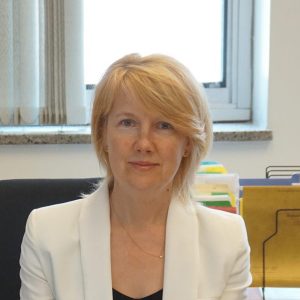 Marcel Mérette was nominated recently the Interim Associate Vice-President, Planning at the University of Ottawa. He was the Dean of the Faculty of Social Sciences between February 2010 and September 2017. He holds a Ph.D. in Economics from the Université de Montréal and was a post-doctorate fellow at Yale University. He started his career at the Department of Finance of Canada in 1995 before joining the Department of Economics of the University of Ottawa in 1999. He has been visiting professors in a good number of institutions, including in the Czech Republic, Brazil and China. His main research consists of developing simulation models called “computable general equilibrium models” with overlapping generation structures. He has used this analytical tool and published on topics ranging from international trade, to economic growth, environment and population aging.

In 2016, individuals aged 55 and over, in Canada, accounted for 36% of the working-age population, the highest proportion on record (Statistics Canada, 2017). In a study of 21 countries, including Canada, the Organisation for Economic Co-operation and Development (2006) found evidence that employers in every country held stereotypical views about older workers, and age discrimination was an issue in almost all countries (Armstrong-Strasse, M. & Lee, M.,2009). Ageism in the workplace usually takes the form of negative stereotypes and attitudes towards older workers which undermines their labour force participation. These age stereotypes can affect decision-making processes in the workplace and lead to discriminatory behaviours and actions. In particular, it has been observed that older workers receive fewer opportunities for job training, development and interviews; receive fewer promotions; and often get treated unfairly by their colleagues and supervisors. These various forms of discrimination have a negative outcome on the retention of older workers in the labour force.

Tackling ageism in the workplace will require a new understanding of aging by all generations. Shift in attitudes, continuous learning opportunities and intergenerational exchanges and solidarity have been identified as possible solutions in helping promote the labour force participation of older adults. Radical changes in public discourse (e.g. media, politics, research) on older persons and workers have also been identified as contributing to reduce ageism.

The subject matter experts will present their respective work and policy research as it pertains to various aspects related to the challenges facing labour force participation of older adults and the importance of age-friendly workplaces.

Reframing the ways in which we view aging and older workers

Ageism continues to be a socially accepted form of prejudice, one that may inadvertently be perpetuated by older persons themselves. Ms. Spadafora will present both covert and overt ways in which ageism is expressed in contemporary society. She will discuss the need to disrupt and reframe the discourse on aging from one that focuses on problems to one that recognizes the contributions of older persons in the labour force and beyond. Relatedly, Ms. Spadafora will talk about a significant shift in labour force participation from the perspective of the increased number of older persons launching new businesses in later life and some characteristics of this trend. Recognition of the contributions of older workers may mitigate against some of the commonly held stereotypes that manifest themselves in ageist attitudes and behaviours. The increased number of older adults who continue to work beyond traditional retirement age, whether as employees or in their own businesses, compels us to address and respond to ageism. Finally, Ms. Spadafora will discuss the need to include older persons as part of the solution, empowering them to not be defined by their age.

Once unemployed, mature workers tend to take a longer time to find employment. For some individuals, it can be very challenging to find new employment in order to remain in the workforce. Yet older adults are interested in later life work opportunities and options. Many older individuals are looking for work and/or considering ways to extend their working lives.

Redirection is a new stage of career development where older adults transfer their skills, experience and knowledge in a new direction and engage in new pursuits. Redirection is an alternative to retirement. It is anticipated that more individuals will continue to work past ‘traditional’ retirement age. This is a paradigm shift.

Redirection helps to normalize the transition into new work opportunities. Redirection changes the narrative surrounding later life work and retirement. This reframing of this life transition helps individuals and broader society to confront ageism in the workplace.

In this paper we provide two relevant analyses regarding the participation of older workers in the labour market. In the first part of the paper, we develop the National Transfers Accounts methodology (NTA) for Canada to generate the age profiles for consumption and labour income from 1998 to 2013. Relying on these profiles, we calculate for each age and each year the lifecycle deficit, which is the difference between consumption and labour income. We then project the upcoming demographic shift to estimate what would be the required participation rate of the older workers in the labour market to avoid a deterioration of the lifecycle deficit between now and 2060. In the second part of the paper, we explore, through interviews, major Canadian employers’ attitudes towards hiring and maintaining older workers, taking into account the upcoming context of labour shortages. The interviews aim detecting the presence of ageist attitudes and behaviors in the labour market that may discourage the participation of older workers. In sum, the paper provides quantitative and qualitative insights on the challenge of expected labour shortages in the context of ageing populations.

A tuakana-teina/peer support approach to kaumātua managing life-transitions in older age: A culture-centred intervention Aging in Canada as a member of the LGBTQ2 Community: A Profile of Aging Sexual Minorities