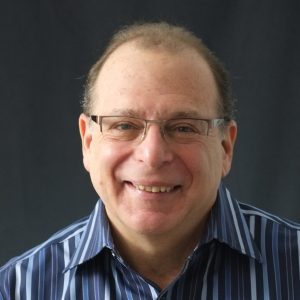 Daniel Cotlear is with the World Bank Group. He supports countries implementing policies to advance Universal Health Coverage (UHC) and works on topics of population aging. He is manager of the Universal Health Coverage Study Series at the World Bank, which published 24 country case studies analyzing how policy-makers in low-and middle-income countries are implementing UHC and a synthesis of the findings from these countries (Going Universal: How 24 Developing countries are implementing UHC reforms from the Bottom up). New projects include a map of UHC policies in 46 African Countries, a new round of UHC studies in 15 additional countries and a book on the impact of population aging in Latin America. He holds a D.Phil. from Oxford University, and a BA from PUCP in Peru.

Aligning health systems to the need of aging populations in Latin America: Evidence from 15 countries

Across Latin America, population aging and associated epidemiological changes are occurring very quickly. An increasing probability of survival into very old age is desirable both for individuals and for societies, but it has important consequences for health and long-term care. Many of the problems facing health systems in LAC are unrelated to population ageing, and resolving these wider problems can do much to promote good health at a low cost for people of all ages. That said, this paper acknowledges that rising numbers of Latin Americans at old ages poses specific challenges.

“Universal Health Coverage by 2030” is now a global commitment under the Sustainable Development goals set by the United Nations as part of the new development agenda established in 2015. UHC is defined by WHO as “all people are entitled to quality essential health services, without having to suffer financial hardship to pay for health care”.

During the last three decades, Latin American countries have made great strides at advancing towards universal health coverage. Much of this was done with an emphasis on reproductive and child care, which successfully led to a reduction in fertility and infant mortality. Less progress has been achieved in relation to the health care needs of older populations. The paper will show that in almost all countries, older populations are at substantially higher financial risk than the rest of the population, exhibiting higher out-of-pocket expenditures, facing more frequent catastrophic expenditures, and becoming impoverished at a higher rate than the rest of the population. Possible policy options to deal with this issue and achieve SDG3 will be explored.