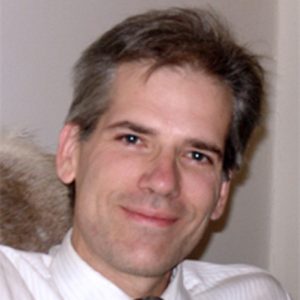 Jon Parr Vijinski
Jon Parr Vijinski is a PhD Nursing student at the University of Calgary, with Dr. Sandra Hirst as Thesis Supervisor. His research is on the use of music as a first-line intervention therapy for persons with dementia. Jon’s specific focus is on maintaining and improving communication within the context of long-term care. His post academic goal is to see a model of care implemented in LTC based on my research.

A preliminary case study using the “Audio Visual Musical Interaction (AVMI) – which he developed – has already been conducted with an 85 year old female, diagnosed with Semantic Dementia. The results were presented at the 2014 Canadian Association on Gerontology in Niagara Falls. “The use of music with active video as a method of personal communication with a person affected by dementia” (Parr-Vijinski & Le Navenec, 2014, October). The conclusions were that the immediate showing of a video leads to greater positive communication, positive emotional responses, and an increase in verbalization by the person affected with dementia.

Related interests include the use of the creative arts in gerontological nursing for health and healing, with a focus on visual art (in conjunction with music) as a complementary therapy/intervention for dementia care. Other interests include the creation of original music for use as a treatment modality. Jon Parr Vijinski has created, and continue to add to, what he calls “a musical pharmacy”. He also composes original music that will be included in his research into music and dementia. Jon’s Youtube channel is: https://www.youtube.com/user/jonparrvijinski

Bringing Future Leaders in Gerontology Together 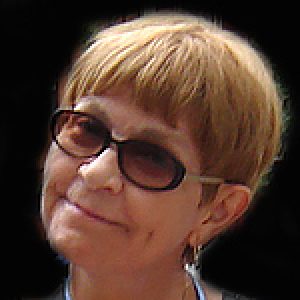 Dr. Carole-Lynne Le Navenec, RN, PhD.
Dr. Carole-Lynne Le Navenec is presently Editor-in-Chief of an online, open access peer reviewed journal: the International Journal of Nursing Student Scholarship. She is also actively involved with the Alberta Association of Gerontology, having held a number of executive positions. She is a board member at large of the International Association on Sociology (ISA), specializing in issues pertaining to aging.

Dr. Le Navenec also has researched, taught and presented on music, art, dance/movement, and related creative arts approaches that promote health and/or foster healing among adults with any type of illness or injury. She has a special focus in using creative arts for those with severe traumatic brain injury and dementia.

She is also the founder and director of “Creative Arts/Integrative Therapies” (CAIT), a health care research group.

What are the issues that inspire future leaders in gerontology? How can students from the various multidisciplinary backgrounds in health care – who will become the scholars, clinical practitioners, academics, policy advisers – come together to identify the key issues for 21st century gerontological care?

What will the 21st century require of gerontologists? A few key areas for consideration include: (1) how can gerontology remain “human”, and remain person-focused, as it adapts and utilizes the advances of technology; (2) what kind of skills do future leaders from various disciplines need to more effectively engage in KT; (3) how can future leaders come to a new understanding of gerontology as it is applied in various parts of the world; (4) what skills do future leaders in gerontology need to face the challenges of the coming decade with ongoing demographic, social, and technological change?

These are some of the key issues that the future leaders on gerontological research need to consider. This workshop is designed to bring students of gerontology, from every discipline, to discuss and debate the suggested issues. It will place an emphasis on networking to ensure that future gerontological leaders collaborate and learn from each other going into the 21st century. This workshop, bringing together future leaders from all over the world, will encourage participants to draw on cultural perspectives to enrich the exchange of ideas.

As an international conference, it is critically important that future leaders come together to learn from each other from a global perspective.

This proposed workshop, will be moderated by a PhD student in Nursing and Professor Emerita in Nursing.