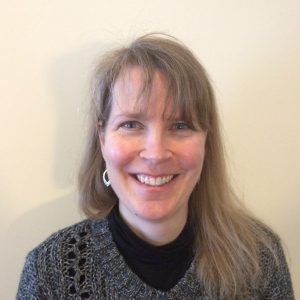 Sharon Bartholomew is an epidemiologist for the Public Health Agency of Canada. She is working in the area of adult chronic diseases and conditions. Ms Bartholomew has worked in the Public Health Agency for more than 20 years in the areas of adult, maternal and child health. She holds a Master’s Degree in Community Health and Epidemiology from the University of Toronto.

Canadian surveillance data on dementia, including Alzheimer’s disease: Knowing where we stand on the path to improving cognitive health

The path toward healthy aging is a complex one that requires multidisciplinary and multisectorial strategies to be successful. Public health surveillance – the continuous, systematic collection, analysis and interpretation of health-related data needed for the planning, implementation, and evaluation of public health practice (WHO) – can contribute to this process in various ways.

Cognitive health is one of the key challenges facing an aging population. As of 2016, the Canadian Chronic Disease Surveillance System (CCDSS) supports the national surveillance of diagnosed dementia, including Alzheimer’s disease. This presentation will showcase the most recent Canadian data on dementia incidence, prevalence, and all-cause mortality.

The CCDSS is a pan-Canadian partnership, led by the Public Health Agency of Canada, that uses linked health administrative databases to collect data on more than 15 chronic conditions. A validated algorithm identified cases of diagnosed dementia among Canadian seniors (aged 65+) when they had:

Dementia incidence and prevalence counts, crude rates and aged-standardized rates for the latest year of available data (2015/16) will be presented. Data will be disaggregated by 5-year age groups (65-69 to 90+) to quantify the increasing burden of the disease with aging. Data will also be presented by sex to illustrate the gender differential, which tends to increase with age as well. All-cause mortality among individuals with versus without dementia (rates and rates ratios) will provide information on the higher mortality rates faced by a population affected by dementia, regardless of the cause of death. For each of these three indicators, trends from 2002/03 to 2015/16 will be shown. As the prevalence of the disease is directly associated with the number of new cases and its duration (age at onset and at death), analysing these three indicators jointly, from a single data source, will enable a better understanding of dementia epidemiology in Canada.

Dementia is a growing public health concern in Canada, as acknowledged by the recent adoption of the National Strategy for Alzheimer’s Disease and Other Dementias Act. CCDSS data will be used to monitor the epidemiological burden and trends of diagnosed dementia to help support a more efficient and equitable planning of health resources, the development and implementation of evidence-based health policies, and program evaluations