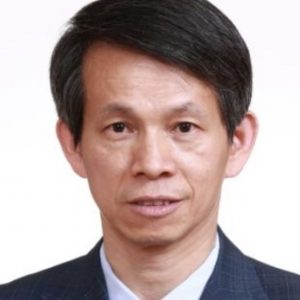 Dr. Wu Yushao is the vice president of China National Committee on Ageing. He has worked in the field of ageing for more than a decade and participated in the formulation of many important national laws, policies and programs on ageing.
Dr. Wu studied at Xiamen University and Capital University of Economics and Business. In 2009, he finished his Ph.D. program at Beijing Normal University, majoring in ageing.
Dr. Wu’s previous appointments include the division chief of the Ministry of Civil Affairs, the vice president of China Civil Affairs College and the deputy director of China Civil Affairs Training Center. In 2005, Dr. Wu was nominated as the vice president of China National Committee on Ageing and assigned a concurrent post as the director of China Research Center on Ageing.
Dr. Wu’s researches cover a variety of fields, including ageing, social security, social welfare and social work. He has published over 100 academic papers. Dr. Wu was appointed as a part-time professor by a dozen universities such as Peking University, Beijing Normal University and Central University of Economics, etc. He was also invited as the director of Expert Committee on Ageing of Chongqing Municipality and Shannxi Province. Due to his remarkable achievements, Dr. Wu was awarded the Outstanding Contribution to China’s Gerontology Research.

Population ageing is a global phenomenon. Virtually every country in the world is experiencing growth in both the size and the proportion of older persons in the population. By the end of 1 Nov., 2020, there are about 264 million older people aged above 60 in China, accounting for 18.7% of the total population. The population aged above 65 has reached 190 million, accounting for 13.5% of the total population. With the largest older population in the world, China’s population ages very fast. Many people become old before they are well-prepared both mentally and materially. Dual structure in urban and rural economy still exists. The miniaturization tendency of families is evident day by day. The population ageing is mixed with the social and economical transformation. Since the convening of the 1st World Assembly on Ageing, China has began to publicize and study on the issue of population ageing. After 38 years of hard work, in 2020, Chinese government has promoted the policy of actively responding to population to a national strategy, which mainly includes the following aspects:
1.Explore the social-economic new impetus of the ageing society. Strengthen the scientific and technological innovation, develop the older people human resources and foster silver economy.

2. Establish an inclusive and sharing ageing society, with a balanced demographic distribution of the population, sustainable social security and healthy ageing.

6. Build up a human ageing community with a shared future. Enhance international communication and cooperation and share Chinese wisdom with all countries in addressing population ageing.

Technology as an enabler in the quality of life of older people across the care continuum Participatory design of information and decision support tools for older tenants and landlords: a New Zealand example

Quality of life older adults and the uptake of technology