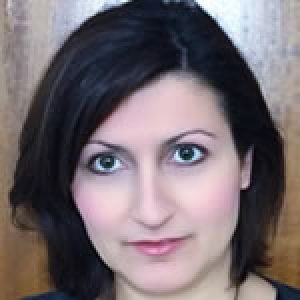 Dr Ypsilanti is a Senior Lecturer of Cognitive Psychology at Sheffield Hallam University, UK at the Department of Psychology, Sociology and Politics. She works on emotional development across the life with particular interest in emotion regulation and positivity bias in older adults. Her research also looks at age differences in loneliness and depression and how these associate with emotions directed to the self such as self-disgust and self-blame. Dr Ypsilanti has been collaborating with academic institutions from Spain and Greece on national and EU projects on aging and has worked with InHolland University of Applied Sciences, on intergenerational learning in the workplace.

It has previously been documented that older adults show greater preference, memory and attention for positively valenced information – an effect also known as positivity bias (Carstensen & Mikels, 2005 Reed et al., 2014). One explanation of the positivity bias comes from socio-emotional selectivity theory (Carstensen et al., 1999), which posits that older adults employ different emotion regulation strategies than younger ones, and this allows them to reappraise and re-interpret emotional information in a more positive light. It has been argued that this regulatory mechanism serves the adaptive function to avoiding conflict (“choose their battles”), and that a more strategic shift in how people allocate resources towards regulating emotions, including their motivation to do so may be responsible for positivity bias effects (Mather & Carstensen, 2005). According to dual process theories (e.g., Evans, 2008) there is distinction between automatic and controlled processes that appear to depend on the nature of the task. Mather and Carstensen, 2005) suggested that across various studies there appears to be no differences between older and younger individuals in orienting attention (i.e., automatic process) but on the amount of time younger and older adults dwell on emotional information (i.e., controlled process). However, thus far no one has used a lexical decision task that reflects automatic processes to explore positivity bias in older adults. In the present study, we explore for the first time positivity biases in older adults using a lexical decision task. Participants were 35 older adults aged 60+ from the UK. A lexical decision task was designed to explore positivity bias implicitly using a series of positive, negative, neutral and pseudowords to which participants had to respond on the keyboard on whether the stimulus was a real word or a non-word. A repeated measures ANOVA showed there was a significant overall difference between conditions (F (3,102) = 45.36, p = .000) but older adults did not exhibit a positivity bias. Further analyses showed that participants with higher RTs to negative words displayed higher scores in expressive suppression, a maladaptive emotion regulation strategy. Performance on the LDT supports the socio-emotional selectivity theory, which posits that positivity bias in older adults is a conscious and controlled process reflecting an intentional strategy to avoid conflict. We further suggest that differences in emotion regulation strategies may play a role in positivity bias.