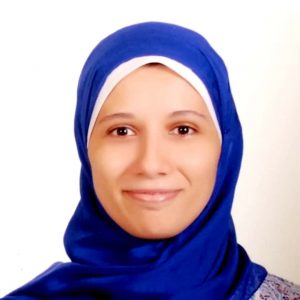 Objectives: Maintaining good cognitive health is a key element for successful aging. Cognitive stimulation therapy (CST) has shown to have positive effect on cognitive function and quality of life in people with mild-to-moderate dementia. In this study we aimed to evaluate the effect of CST on elderly with cognitive impairment in Alexandria, Egypt.

Methods: Elderly living in geriatric homes, in the period from January to March 2017, were screened for cognitive impairment using mini-mental state examination (MMSE). Elderly who scored below 24 in MMSE were considered to have cognitive impairment. A 7 weeks controlled, single blind, trial was conducted on 52 elders with cognitive impairment who accepted to participate in the study. Half of them received CST; 2 sessions/week for 7 weeks compared to control group (n=26) who didn’t receive any interventions. The program was adapted to the Egyptian culture. The primary outcome measure was cognitive function measured by MMSE while secondary outcomes were depression, quality of life and activity of daily living measured using geriatric depression scale short form, quality of life – Alzheimer Disease and katz scale of activity of daily living respectively. Evaluation of the program was carried out twice; immediately after the program completion and three months later.

Conclusions: CST showed improved cognition and mood on elders with cognitive impairment, although, no effect on quality of life or activity of daily living was found. Further large randomized controlled trials with longer durations are recommended.