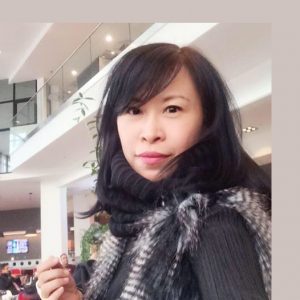 Dr. Chen is a professor in the social welfare department at Chinese Culture University. In addition to her work at the university, she has served as a visiting scholar at the University of New Brunswick, Canada, and at the University of Michigan’s Department of Public Health, in 2016 and 2004–2005, respectively. She also served as president with the Taiwan Association of Family Caregivers (May 2012–May 2017) and currently serves as a board member.

Cohort, Gender, and Ethnic Differences among the Oldest-Old in Taiwan

Based on earlier research into accumulation equality in the older Taiwan population, this study investigates how ethnicity and gender influence phenomena and trajectories in disadvantage accumulation. Differing from successful aging and active aging theories, research into disadvantage accumulation in the elderly has so far lacked a multidimensional analytical framework. Additionally, studies on income inequality in the older population are limited in terms of investigating the deficit of economic resources, despite social exclusion theories and research into income inequality having been analyzed using various dimensions and dynamics such as education deficit, unemployment and low social participation. This research is based on the life course theory and adopts a qualitative research method to analyze how ethnicity, gender, and age influence the phenomena and trajectories of the oldest-old. The interviews included 24 participants (8 Taiwanese women, 3 Mainland women, 8 Taiwanese men, and 5 Mainland men) age 85 and over. Despite positive influences to relative old-age public policies, such as those by the National Health and National Pension insurances as well as the Farmer’s Allowance, which provides an allowance to elderly farmers based on the individual’s status (regardless of marital status, etc.), the double jeopardy phenomenon was significant. Taiwanese oldest-old women, on average being extremely dependent due to being less educated than their counterparts, many even illiterate, and unable to drive, are the most affected in terms of various barriers to receiving health care and long-term care. Although their economic status in recent years has improved due to the aforementioned programs, gender equity is still far from being realized. For this oldest-old cohort, health and long-term care resources are still not enough. We recommend that policymakers consider gender and ethnicity and how these play a role, especially among women in the aging population, in improving understanding of and access to health and long-term care information and resources, including transportation

A study of the relationship between elderly people with depression and built environment in high-density urban areas: a people-environment perspective Promote women’s health by cancer screening