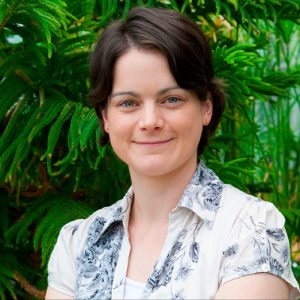 Valerie Millette is a PhD candidate in the Psychology Department of University of Quebec in Montreal (UQAM). She is leading a qualitative research project on the experience of older women who grieve a same-sex partner. Upon starting her PhD, she obtained a bursary from UQAM’s Research Chair on Homophobia (Chaire de recherche sur l’homophobie) in support of her research project. She is a student member of the Centre for Research and Expertise in Social Gerontology (CREGES), the Research Chair on Aging and Diversity (Chaire de recherche sur le vieillissement et la diversité citoyenne) and the Aging, Social Exclusions and Solidarities (Vieillissement, Exclusions Sociales et Solidarités – VIES) team. She has presented conferences on her research topic for both academic and community-based audiences. She has also participated in other research projects in the field of social gerontology, including a project about the bereavement experience of seniors living in residences. Her numerous volunteer experiences with seniors and at listening centers enhance her reflections on her topics of interest. Prior to undertaking doctoral studies, she had completed a Masters thesis on the topic of volunteer motivation and spent ten years facilitating training sessions for community organizations looking to improve their volunteer management practices.

Coming out when a partner dies? Challenges and inequalities faced by older woman who grieve a same-sex partner.

The scientific literature demonstrates that seniors from the LGBTQ community still face discrimination in the institutions that serve them (Brennan-Ing et al., 2014) as well as in society in general (Beauchamp, 2013; Waite, 2015). Prior to the era of « gay liberation », homosexuality came with such stigma that much value was given within the gay community to the ability to hide one’s sexual orientation (Rosenfeld, 1999). Since having been considered “other” throughout one’s life can have a profound impact on the ways in which one perceives aging experiences (Grenier, 2012), we can imagine that older women grieving the loss of a same-sex partner might go through an experience which would be perceived as different from the loss of a partner in an heterosexual relationship.

When seniors grieve, they often experience multiple types and layers of suffering (Hanus, 2009). Surviving partners of a same-sex relationship may have to contend with additional layers of complexity when, for example, their relationship was hidden (Fenge & Fannin, 2009). In such cases, surviving partners may not see their grief recognized by society or receive adequate support, a concept identified by Doka (1987) as disenfranchised grief.

How do older women experience the loss of a same-sex partner? What inequalities do they face in this process? Few answers to these questions were available up to now, as research on this topic is scarce. In order to better understand and accompany these women, we led a qualitative research project during which we conducted 18 semi-directive interviews with 10 women over the age of 65 from the Greater Montreal area. A thematic analysis of the data was then conducted (Paillé & Mucchielli, 2012).

Our results support Robson & Walter’s (2013) affirmation that disenfranchised grief is a complex concept which requires many nuances, such that the recognition of grief is not binary. Rather, grief appears to often be recognized up to a certain degree, by certain people and not others. In this presentation, we will highlight the inequalities and challenges faced by this group, such as having to come out when a partner dies, feeling unable to acknowledge the status of one’s relationship to the deceased and perceiving that one’s grief is considered less important than that of heterosexual counterparts.