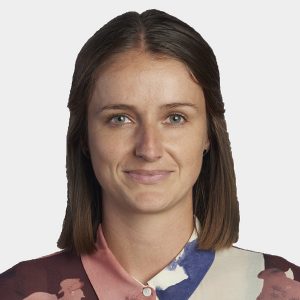 Tanja Schmidt is a PhD student entering her second year of her PhD program. Her project is a interdisciplinary, mixed methods intervention study, creating better public spaces for older adults living in a deprived neighborhood in Copenhagen, Denmark. Tanja has experience in using several quantitative methods like GPS, accelerometer, GIS, questionnaires, VERITAS, SOPARC and CPAT. Tanja worked as a research assistent for the Active Living research unit, before starting her PhD and just finished a 6 month research visit at the University of California, San Diego, working with Dr Jacqueline Kerr and her colleagues. Tanjas focus is on mixed methods design, interdisciplinary research and age-friendly communities.

BACKGROUND: Older adults (60+) is the most rapidly growing population, resulting in more older adults than children by 2050. This increase will lead to major financial burdens on governments, as health care costs usually increase with age. Neighborhood Open Spaces (NOS) are defined as public open spaces near where people live like routes and spaces around people’s homes, parks and community gardens. Since NOS are within the immediate surroundings of people’s homes, they might be especially important for the ageing population, since these spaces are easier to reach for older adults, and might contribute to both physical and mental health. However, dense populated urban areas are often not adapted to the needs of older adults. A key issue that should concern urban planners and other groups is how to design NOS for older adults.

AIM: To provide recommendations for how to design NOS for older adults, by identifying specific features or combination of features in NOS, which are associated with seniors’ walking behavior and how social interactions might affect walking.

METHOD: The System for Observing Play and Recreation in Communities (SOPARC) was used to observe 1850 people within 11 NOS for four days, four times a day in a deprived neighborhood of Copenhagen, Denmark. The Community Park Audit Tool (CPAT) was used to map all NOS features. Chi-squared Automatic Interaction Detector (CHAID) analysis was conducted to identify which demographic characteristics (age and gender) and combination of built environment characteristics are associated with observed walking within NOS.

RESULTS: The CHAID model indicates that social interaction is a strong predictor for walking (67% walk while socially engaged versus 88% walk without social interaction). Having some benches and picnic tables to sit on seems to be important for walking while being social (71%). Maybe because being able to rest during a walk is important or because there might be more activity in areas where there are benches, which might make it more enjoyable to walk around. Lastly, shade in green areas seems to be important for seniors’ walking (86%).

Community-Based Support Services aimed at Reducing the Need for Long-Term Care Living with a partner with dementia: A qualitative study of female spouses lived experiences of changes in everyday life