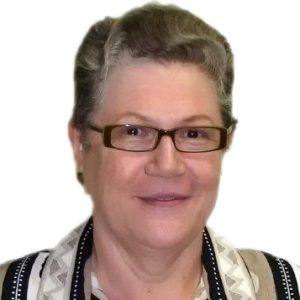 Professor of Public Health and Ageing

A career academic, Professor Denise Eldemire-Shearer has been involved in research and teaching since1982. She is Director for Graduate Studies and Research at the University of the West Indies (UWI), Jamaica. As Director of Graduate Studies and Research, she is integrally involved in student and staff development initiatives, graduate student supervision, financial support of graduate students through scholarships and bursaries, graduate student integration and enhancing the graduate student experience. Professor Denise Eldemire-Shearer is also charged with the responsibility of promoting research initiatives and innovation, quality assurance of graduate programme, research and publication grants, tracking throughput trends, monitoring student intake, student progress and performance.

She is the Patron of the National Council for Senior Citizens, the Government’s advisory body on the elderly. She has worked, since 1982, developing and implementing policies and programmes for seniors in Jamaica to promote their continued participation in all aspects of family, community and national life.

Professor Eldemire-Shearer is the Director of the Mona Ageing and Wellness Centre at the University of the West Indies. The Centre is involved in teaching research and advocacy. Ongoing research activities including health and social status of older persons, person and social financial status, dementia and sexual healthy.

Jamaica, a small island state is experiencing population ageing at the same time as it experiences economic and financial challenges. More than eleven percent (11%) of the population is over age sixty (60) and recent survey data show a picture of chronic disease similar to developed countries with seventy two percent (72%) having at least one chronic disease but remaining functional active.

As a follow-up to the 2012 Study of Older Persons in Jamaica (2012 Study), a sub sample of 301 respondents were selected from 2943 for further examination with regard to dementia. This intervention was in keeping with a 2015 Pan American Health Organization resolution that urged member states to develop a ‘Strategy and Plan of Action on Dementia in Older Persons’.

An embedded case-control design was used to investigate dementia among the sample. Mini-Mental Status Examination (MMSE) scores were used to identify cases and controls. Subjects were equally divided by mini mental score above twenty (20) (Controls) and twenty (20) & below (Cases) for both clinical and imaging testing.

The key findings include: Dementia prevalence was six percent (6%). Nationally, thirty-seven percent (37%) of dementia cases are vascular dementia and fifty-eight percent (58%) Alzheimer’s disease. Forty-eight point three percent (48.3%) of the Alzheimer group also has significant vascular changes. Approximately sixty-five percent (65%) of all demented persons in the population aged 60 years and over has severe vascular disease. Dementia prevalence increased with age from 3.9% in the 60-69 age group to 10.3% in the 70-79 age group and up to 30.9% in respondents 80 years and older in the sample studied. Adjusting and extrapolating to the Jamaican population, this translated to increasing population prevalence from 1.6% in the 60-69 age group to 6.1% in the 70-79 age group to 16.6% in those 80 years and older. Dementia prevalence was similar among the genders (after controlling for age and MMSE status), however vascular dementia was more common among men, and Alzheimer’s more common among women. Aphasia and memory loss were the main cognitive defects observed. A cut-point MMSE scores of 20 appears to be optimally useful for screening: scores below 20 identifying persons for further detailed investigation of dementia in the Jamaican population.

Creative measures are crucial to recognize and address the concerns of increasing levels of dementia against the background of limited availability and affordability of formal long-term care systems.