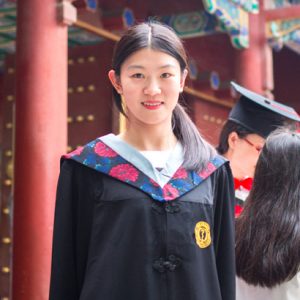 Fan Wu is the postgraduate students of Tongji University School of Medicine.

The abstract is sponsered by the Natural Scinece Foundation of China (Project number 81571364).

Development of Social Support Groups to Enhance Self-Efficacy of Family Caregivers of Persons with Dementia in Shanghai, China: A Pilot Study

Caring for relatives with dementia is a chronic stress for family caregivers (CGs). Caregiver support group is a common service to support the fragile population. Research found social support is the important factor enhancing CGs’ belief in their capacity to overcome caregiving challenges. However, there is a paucity of reports on this specific service for CGs of persons with dementia living communities of mainland China. Therefore, this pilot study report the process of development of social support groups for CGs of persons with dementia in communities of Shanghai, including recruitment and retaining strategies and preliminary findings.

Methods: CGs were all recruited when they accompanies care recipients to see neurologists at outpatients departments of two tertiary hospitals in Shanghai. First, telephone interviews and two focus groups were conducted to clarify CGs’ barriers and facilitators related to participating support group. A comic education booklet for all participants was then developed based on the qualitative data, our previous education booklet, and literature. Then, a quasi-experimental study was conducted with a total of thirty –eight eligible CGs from September 2016 to September 2017. Twenty-three CGs who chose participating six 2-week social support group sessions comprised the experimental group; the comparison group comprised CGs preferring four monthly telephone instructions. Each of group session was conducted by two trained facilitators. The contents of group sessions were based on the findings of qualitative data and relevant literature, and also approved by CGs at start-up meeting. Each session lasted about two and a half hours. Baseline and post-test data were collected through telephone interview, including the Chinese version of the 36-Item Short-Form Health Survey (SF-36), impairments of care recipients, caregiver burden, perceived social support, caregiver self-efficacy and CGs’ perceptions of participating group sessions. .

Results: The baseline data of the level of caregiver burden in the comparison group was slightly lower than those in the experimental group; but no significant difference was shown in two groups at post-test. Compared to the baseline data, the levels of caregiver self-efficacy for gathering information and for managing caregiving stress in the experimental group were higher than those in the comparison group at post-test.