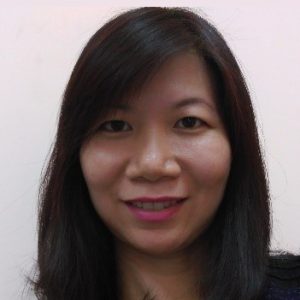 Claire is an Associate Professor in the Department of Social & Preventive Medicine, University of Malaya. She currently heads the Research Management Centre in the Faculty of Medicine. Her research area focuses on violence against children, elder abuse and neglect, and gender based violence.

Introduction: There has been little community-based research into abuse and neglect experiences of older people in Asia, and none in Malaysia. The MAESTRO is the first few population-based, prospective study in Malaysia and in the South-East Asian region exploring various aspects of EAN.

Objective: The aims of this study were to estimate prevalence, correlates and its consequence in relation to mortality.

Method: The Malaysian Elder Mistreatment Project (MAESTRO) study is a cohort study of community dwelling older people living in the state of Negeri Sembilan. A total of 1927 older adults were recruited randomly through a multi-stage cluster sampling strategy and interviewed face-to-face at baseline. The questionnaire included abuse and neglect items based on modified conflict tactics scale reported in the National Study of Elder Abuse and Neglect in Ireland. Mortality data is collected from the Malaysian National Registration Department (NRD).

Results: The mean age was 69.8 (SD=6.9) with females comprised 60.8%. Overall, 13.6% respondents reported having experienced abuse ever since they turned 60. Financial abuse was most common, 10.5%. This was followed by psychological abuse, 3.4%; physical abuse, 1.2%; neglect, 1.1% and sexual abuse, 0.3%. Among those who reported EAN, a significant proportion of older persons (25%) were exposed to multiple types of mistreatment (MTM). Low income, poor social support and depression appeared to associate with EAN. After 30 months of follow up, mortality according to abuse subtypes were as follows: financial abuse (18.5%), psychological abuse (16.9%), neglect (9.1%) and physical abuse (8.3%). There is a dose response relationship between increasing multiple types of mistreatment and mortality.

Conclusion: Results of this study suggest EAN is not uncommon and there is a possible link between EAN and mortality among rural older adults. There is a need for enhanced efforts to prevent EAN including programs to raise awareness and the provision of a specific legislation to address elder abuse and neglect which is currently absent in the country.