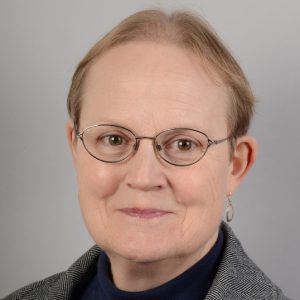 Bridget Penhale is currently Reader in Mental Health of Older People at the University of East Anglia (UEA), UK. With a first degree in psychology, she has been qualified as a social worker since 1981. After a successful career as a social worker and manager spanning some 15 years, she took up a full-time academic post in 1996, and moved to her current post in October 2010. She has a keen interest in elder abuse and a specialism interest in social gerontology, having specialised in clinical work with older people since 1983 and academically since her first academic position in 1989.

Bridget is a member of the UK National Social Care Research Ethics Committee and Chair of the University of East Anglia Research Ethics Committee. She is a Board member of the International Network for the Prevention of Elder Abuse (INPEA) and is recognised nationally in the UK for her work on adult protection/safeguarding and internationally for her work on elder abuse. In 2010 she received the International Rosalie Wolf Award for her work in the field of elder abuse research and practice.

Gender based violence and abuse amongst older women can be overlooked by health and social care providers. When women become ‘older’ their gender seems to be forgotten or becomes hidden. This means that older women’s experiences of gender-based violence are often not recognised or responded to.

Around 500,000 older people are believed to be abused at any one time in the UK, with most victims of elder abuse being older women with a chronic illness or disability, according to statistics provided by the government information service. The Counting Dead Women project shows that of those women killed, most of the women aged over 60 were killed by a male family member, either a spouse or a son/grandson.

Older women suffering from domestic and sexual violence may be afraid to seek help or may not know where or how to access support and they are less likely to report crimes or to leave the perpetrator. Additionally, according to recent research (SafeLives project), older women are less likely to leave in the year before accessing help, and more likely to be living with the perpetrator after getting support.

Older women face particular obstacles to disclosure and help-seeking, which have not been adequately acknowledged and are not sufficiently understood or provided for. Against the backdrop of the global ageing population, it is fundamental that health and social care professionals are able to both identify gender-based violence and abuse and understand the particular experiences, needs and rights of older women. The work of the Open-Ended Working Group to the UN in relation to a possible convention of human rights for older people has had a key role to play concerning violence towards older women. This presentation will explore these issues.