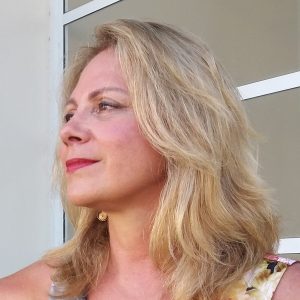 Lucia França is a psychologist and gerontologis who holds her PhD at the University of Auckland (NZ). She is professor at Graduate Studies in Psychology at Salgado de Oliveira University (UNIVERSO), Rio de Janeiro, where she supervised master and doctoral theses and coordinating   reasearch towards Ageing in the Organizational Context in Brazil.

Lucia spent 17 years working at SESC – Social Services for Commerce Employees, Implementated several projects in Brazil, supervised the social programs for elderly clients in the SESC Departments throughout Brazil. An important project she supervised was ‘Once Upon a Time…. Intergenerational Activities’, to break prejudices against elderly. This intergenerational program involved more than 2,000 children and 500 elderly citizens.coordinating 60 professionals of various areas who provided education, health, social and recreational activities to these groups.

Lucia has also experience working with Television – Educational Brazilian Television (TVE) – on the content of weekly TV programmes aimed at retired viewers. She also presented a five-minute slot on retirement planning issues in the last ten series of the ‘Tails and Heads’ program.

Lucia’s interests and experience are related to Social Gerontology (focusing on Retirement Planning, Ageism and Intergenerational Programs) and Cross-cultural research.

EACO – A scale to measure ageism in the organizational context

Ageism is defined by stereotypes, prejudices and discrimination against older people, and this subject is little studied. Equally scarce are instruments to measure ageism within organizations that could help Human Resources Department to avoid exclusion of older workers from the labour market. This study sought to construct and validate a scale to measure ageism in organizational context (EACO). We present two studies that included Brazilian individuals. In the first study, an exploratory factor analysis of the instrument was conducted following four steps: i) the first version of the instrument was sent to 82 workers to assess their understanding; ii) after withdrawing some items, a second version of the scale was analyzed by 10 judges, and that version resulted in an instrument with 28 items; iii) the third version of EACO scale was sent electronically to 2,400 workers Brazilians of different ages and from different regions, of these, a quarter responded (N = 600); iv) exploratory factor analysis (EFA) resulted in EACO with 14 items – satisfactory eigenvalues, factorial loads and commonalities. Items were grouped into two dimensions: D1 – negative attitudes, composed of cognitive and health aspects (α = 0.83) and D2 – positive attitudes, composed of affective aspects (α = 0.77). Younger workers presented more negative attitudes related to aging than older workers, in addition older workers had more positive attitudes than younger ones. In the second study, we performed a confirmatory factor analysis of EACO. We analyzed the structure of this instrument using a confirmatory factor analysis (CFA). This analysis included 383 workers aged between 18 and 75 years (M=40; SD=12.79) of both sexes and with different educational levels who were residents in the State of Rio de Janeiro. CFA results were satisfactory, and revealed that two independent factor model presented acceptable adjustment indicators (c2=208.08; Tucker-Lewis Index – TLI=0.93; Comparative Fit Index – CFI=0.94; Root-Mean- Square Error of Approximation – RMSEA=0.06) giving almost total support to the original scale structure with only one item withdrawn. The EACO final scale consisted of 13 items subdivided into Dimension 1 – positive attitudes, and Dimension 2 – negative attitudes, which confirmed the previous study structure. Replication of EACO and cross-cultural research are recommended to compare ageism in Brazil and in other countries. Such comparisons can help to determine causes and consequences of ageism as well as provide some examples of interventions to reduce age prejudices within organizations from the employees’ and employers’ perspectives.