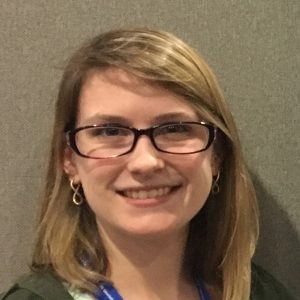 Gabrielle Frook is the Treatment Coordinator on the Elder Abuse Training and Treatment Program at MUSC. Mrs. Frook began as an intern with the program in January 2017 and then came on as the treatment coordinator in May 2017 after graduating from Charleston Southern University with her Bachelor’s in Psychology. She is currently working on her Master’s in Clinical Counseling at the Citadel Graduate College. Mrs. Frook coordinates with the therapist on the program to set clients up for treatment. She also does community outreach to raise awareness about elder abuse.

Approximately 1 in 10 community residing older adults have experienced at least one type of abuse (Acierno et al., 2010), and health and mental health consequences of elder mistreatment are significant (Acierno et al., 2017). As such, elder abuse is a serious public health concern. Previous research suggests that race may be a risk factor for experiencing abuse (Dong & Simon, 2013; Laumann, Leitsch, & Waite, 2008; Peterson et al., 2014). The National Elder Mistreatment Study (NEMS) found that non-Whites were at an increased risk for being abused as opposed to Whites (Acierno et al., 2010). Prior research has also suggested that minorities fare more poorly compared to their White counterparts in regards to mental health following abuse (Jang et al., 2008; Sorkin et al., 2009). Eight years after the NEMS, participants who had experienced elder abuse were contacted again to determine mental health correlates in terms of race and other demographic factors. Higher levels of depression, PTSD, anxiety, and poor self-reported health were not observed for the mistreated minority. Risk of negative outcomes associated with elder abuse were increased for those reporting low income, unemployment. These findings indicate that it may be financial stability, rather than race, per se, that increases risk of negative outcomes for abused older adults. As such, the ‘social safety net’ we assume exists for older adults in the form of medicare and other social programs may not be protective against a prevalent problem (i.e., elder abuse) of which we are becoming increasingly aware. These findings suggest yet another reason policymakers should consider the financial stability of older adults in their decision making efforts.

Towards Age-Friendly Sustainable Communities: Aging in Place with Affordable Government Housing Age-Friendly Cities and Communities in Quebec: How municipalities and Stakeholders Of Health and Social Services Sector can work together?