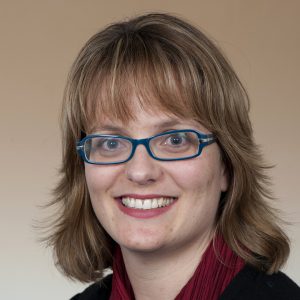 Susannah is a Senior Lecturer in Australian Administrative Law and is a supervising solicitor in the Clinical program. She holds a Doctor of Juridical Science (Monash 2009) as well has over 12 years experience as a practicing lawyer in Australia. Prior to transition to academia in 2010 Susannah was a Manager at the Public Interest Law Clearing House in Melbourne where she served for 7 years in various roles including as founding coordinator and Principal Solicitor of the Seniors Rights Legal Clinic.

She has particular expertise in tribunal decision-making affecting migrants and older people and the experience of these groups in their interactions with the law. Susannah is currently serving on the Management Committee of the Flinders Legal Advice Clinic and Refugee and Asylum Seeker Advocacy Service of South Australia.

Across most of the Australian states and federally, numerous law reform commissions (ALRC, 2017) and parliamentary inquiries (South Australia, 2017) have recently produced recommendations and strategies for justice policy to safeguard vulnerable older people from elder abuse. As a threshold issue, these psycho-social and socio-legal research and policy reports have all called for improved prevalence data for elder abuse in the Australian community and a common understanding across jurisdictions of the definition of the term ‘elder abuse’. The more conceptually complex legal questions arising in the context of elder abuse, such as the intersections between guardianship law and advance care planning, cognitive decline and elder abuse have proved much more difficult to frame as a national agenda or strategy.

This paper seeks to provide an update as to the law reform initiatives and outcomes across Australia in response to Elder Abuse, with a particular focus on dementia. It will provide relevant detail spanning all the Australian jurisdictions, from the innovative Advance Care Directives Act introduced in South Australia in 2014 ,to the most recent and ongoing New South Wales Law Reform Commission Review of Guardianship which introduced yet another new model of ‘alternative decision-making’. It will therefore aim to draw the conceptual and practical links between the numerous safeguarding strategies in the context of moves toward supported decision-making: international themes in guardianship and dementia and rights-based approaches to elder abuse.

Australian legal research has engaging in developing an holistic, rights-based and multi-disciplinary perspective on the lives and wellbeing of older people arguing that rather than just responding to legal problems and disputes, the law may be used as the driver of social change in response to elder abuse. The paper will discuss the recent Australian socio-legal research and international comparative law perspectives on gerontology that demonstrate they ways legal research is driving law reform and forging multi-disciplinary links.