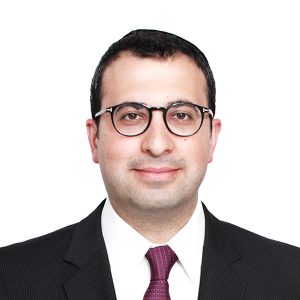 Arieh A. Bloom is an associate litigation lawyer at WEL Partners. He practices exclusively in the areas of wills, estates, trust and capacity litigation. He represents beneficiaries, trustees, executors, powers of attorney, individuals found to be incapable of handling their own property or personal care, and their family members.

Prior to joining WEL Partners, Arieh clerked at the Ontario Superior Court of Justice where he assisted justices in various Estate, Trust and Substitute Decision making issues that were before the Court. His work focused mostly on civil and estate litigation matters, including power of attorney disputes, will challenges, will rectifications, breach of trust, trustee removals, and guardianship proceedings.

Arieh obtained his J.D. from Osgoode Hall law school, where he was a research assistant for Professor John McCamus. While in law school Arieh worked as a summer law student at one of Canada’s largest litigation law firms.

Arieh is not just a lawyer but also a Certified Public Accountant who does not shy away from the numbers. He understands the complex nature of estate, trust and guardianship litigation and approaches the nuances with a financial lens. Prior to becoming a lawyer, Arieh practiced as an accountant at KPMG and worked through Law School at Sherfam Inc. as a Controller providing in depth financial analysis for large privately held investment corporations.

Elder Law and the Indian Act: Issues with Federal Oversight of First Nations Wills, Estates, and Guardianship in Canada

Kate Stephens is a student-at-law at WEL Partners. During her time at WEL Partners, Kate has co-authored papers for Advocate’s Quarterly, the Society of Trusts and Estates Professionals, and the Law Society of Upper Canada.

Kate graduated from Queen’s University with a Bachelor of Arts (Honours) with a major in Political Studies and a minor in History, going on to complete her JD at the University of Windsor. During law school, Kate volunteered as a Case Worker at the Legal Assistance of Windsor legal clinic, and worked as a student volunteer with Pro Bono Students Canada and the Women’s Legal Education and Action Fund. Kate was an active member of several clubs, including the Women and the Law Club and the OUTlaws. Finally, Kate was a Peer Mentor for the Bystander Initiative, a program aimed at decreasing incidences of sexual assault in campus. Kate is also an MBA candidate at the University of Windsor.

Prior to joining WEL Partners as a Law Summer Student in 2016, Kate summered at various Toronto law firms as an undergraduate and law student, gaining experience in various types of civil litigation as well as marketing, process improvement, and event planning.

This symposium will discuss the legal framework governing Indigenous wills, estates, and guardianship in Canada in the context of a potential constitutional challenge to the Indian Act and the impact of the Act on Indigenous rights.

Under a legal structure that remains fundamentally unchanged in the almost 150 years since the coming into force of the first iteration of the Indian Act, the Crown holds all First Nations land in Canada in trust, while the bands and band members that reside on First Nations reserves have only a possessory interest in the land. As a consequence of this property ownership regime, many important areas of Indigenous elder law – namely wills, estates, and guardianship of property – fall under the federal Indian Act rather than the parallel provincial legislation.

The federal jurisdiction over First Nations lands creates unique challenges in various areas of elder law for First Nations members living on reserve. Meanwhile, the broad powers granted to the Minister under the Indian Act to determine matters related to Indigenous wills, estates, and guardianship of property, raise issues of constitutionality and demonstrate the enduring paternalism of the Act.

This problematic legislative regime should be understood in the broader socioeconomic context of life on reserve. As the result of centuries of colonial policy, Indigenous persons living on reserves are more likely than other Canadians to lack employment, to lack a post-secondary education, to live in crowded homes or lone parent households, and to require major repairs to their homes. Moreover, access to legal and social services is often limited on remote reserves, creating additional barriers to Indigenous persons wishing to plan for death or incapacity, or wishing to access services related to guardianship and personal care.

The federal government is currently in the process of reorganizing the former Ministry of Indigenous and Northern Affairs Canada with the aim of improving relations between the Crown and First Nations, and closing the resource gap between members of Canada’s First Nations and other Canadians. It is impossible to know at this juncture what impact this reorganization may have on the provision of services related to Indigenous estates. What is clear is that any meaningful improvement to the wills, estates and guardianship regime under the Indian Act will require more than a re-allocation of resources: it will require changes to the law that contribute substantively to Indigenous self-determination.

Arieh A. Bloom is an associate litigation lawyer at WEL Partners. He practices exclusively in the areas of wills, estates, trust and capacity litigation. He represents beneficiaries, trustees, executors, powers of attorney, individuals found to be incapable of handling their own property or personal care, and their family members.

Arieh will outline the law of wills and estates as contained in the Indian Act and the attendant regulations. The federal government has jurisdiction with respect to testamentary dispositions by Indigenous persons living on reserve, and specifically with respect to transfers of land on reserve, due to a property ownership structure in which the Crown holding reserve lands in trust for First Nations bands. As a result of the Indian Act wills and estates provisions, the Minister stands in the place of the provincial courts with respect to determinations about the validity of wills and of dispositions of property, among other things.

Arieh was the lead author of a paper on this subject entitled “The Honour of the Crown and Indian Succession and Inheritance Law in Canada: Fiduciary Protection or Creeping Re-appropriation of Aboriginal Property?” and published in Advocate’s Quarterly in 2016.

Kate is a student-at-law at WEL Partners. During her time at WEL Partners, Kate has co-authored papers for Advocate’s Quarterly, the Society of Trusts and Estates Professionals, and the Law Society of Upper Canada.

Kate is authoring a paper on this subject to be published in the fall of 2018.