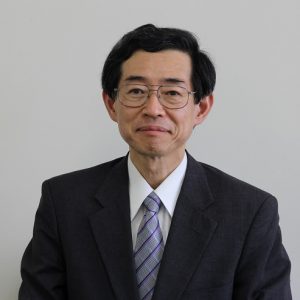 To improve the quality of life in old age, it is essential to understand the developmental features of spatial cognition. Current understanding of higher brain functions involved in spatial perspective-taking in elderly people is not adequate. Spatial perspective-taking involves mental self-rotation and cognitive information processing. Mental self-rotation is the process of rotating a self-representation through mental simulation of the sensorimotor mechanisms underlying actual movement. It has been hypothesized that physical development affects the ability to perform mental self-rotation. This study investigated mental self-rotation across the lifespan. One hundred and eighty healthy people aged from 5 to 80 years were divided into four age groups, namely, children, university students (students), young-old adults in their 60s (young-old), and old-old adults in their 70s (old-old). The participants performed a video game task specially developed to evaluate the ability to mentally self-rotate, in two conditions: standing on an unstable mat (which increased somatic sensations) and sitting in an armchair (which decreased somatic sensations). The response time for each rotation angle from 0 to 180 degrees was automatically measured. When these values were plotted against the perspective angles, an almost linear slope was obtained, and the regression coefficient was calculated. For all 180 subjects, each regression coefficient was obtained 180 times to estimate the response time at the 180-degree position. Plotting these response times against age gave a U-shaped graph with a minimum for the student group and maximum for the group of children. A one-way ANOVA for response times demonstrated a significant main effect of age group. Scheffe’s multiple comparison tests revealed that the average response times of the children and the old-old group were significantly longer than those of student group, whereas the young-old group and the students did not differ significantly from each other. These results suggest that the ability to imagine body movements maintains its robustness in early old age, but declines rapidly in later old age. Furthermore, for the students, the response times in the standing position were shorter than those in the sitting position. This result suggests that activation of the brain regions that control physical movement can activate the embodied mental self. The young-old and old-old groups did not display such a discrepancy between conditions. Thus, it is possible that decline during aging depends on gradual changes in motor cortex functions.