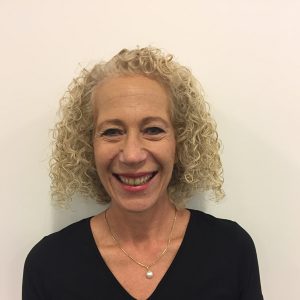 Marlene Krasovitsky is currently the Campaign Director, Older Australians, with The Benevolent Society (TBS). Prior to joining TBS in September 2016, Marlene was the Director of Willing to Work, the National Inquiry into Employment Discrimination Against Older Australians and Australians with Disability with the Australian Human Rights Commission (AHRC). This Inquiry was led by The Hon. Susan Ryan AO, former Age and Disability Discrimination Commissioner.

The Willing to Work Inquiry held over 120 consultations in metropolitan, regional and remote locations to speak with older people and people with disability about their experiences of employment discrimination and their ideas for change. The Inquiry also engaged extensively with employers and business associations to better understand the barriers and opportunities, and to gather evidence of good practice.

Prior to the Willing to Work National Inquiry, Marlene was the Director of Research with the AHRC’s Review into the Treatment of Women in the Australian Defence Force, and subsequent Cultural Reform Program, supporting Elizabeth Broderick AO, former Sex Discrimination Commissioner.

Marlene has worked in Commonwealth and State Government in a range of executive, policy and operational roles and also worked on the Special Commission of Inquiry into Child Protection Services in NSW.

Ageing is a loaded term. Much of the current public discourse around getting older in Australia rests on ageist attitudes, stereotypes and language. Many government publications and policy platforms rest on language that assume older people are all the same, experience ageing in the same way, are a ‘burden’ and ‘costly’. There is no national agenda for older Australians incorporating broader issues like tackling ageism, financial security and housing, work, training, mobility and transport, social inclusion, age friendly environments. All of these dimensions have an impact on wellbeing.

Endemic ageism has also been found to influence how well or otherwise people age. Pervasive negative stereotypes affect the way older people see themselves; how they view other older people; the cognitive and physical performances of older people; their ability to recover from disease; their health behaviours, including their decisions to engage in cognitive, social, and physical activity and/or seek medical assistance; as well as how older people are treated by others and society as a whole.

There has been much research to date on the nature, prevalence and impact of ageist attitudes and stereotypes and growing awareness of the need to change the dominant discourse on ageing. However, there has been much less work on the most effective responses to ageism.

The Benevolent Society (TBS) undertook research to inform an advocacy campaign aimed at tackling ageism and its impacts, by identifying the underlying drivers of ageism and most effective ways of challenging it. This has informed a sustained, evidence-based campaign to change social norms and current discourse on ageing.

The research has unearthed the drivers of ageism in the Australian context; the most effective ways to challenge ageism and pervasive negative stereotypes; and the strategic levers and most effective mechanisms and channels to activate attitude change. This work includes a literature review; identification of key influencers and effective communication challenges; and the development and testing of evidence based campaign strategies and messages.

Both quantitative and qualitative research methods were used and Australians of all ages, including older Australians, relevant stakeholders and ‘experts’ were be engaged. The research was guided by an eminent reference panel of scholars, key stakeholders, policy and advisory experts, practitioners and cultural influencers.

The research findings will be presented as well as the strategic advocacy framework which underpins EveryAge Counts, the campaign to tackle ageism

Poverty and Health of the elderly: Roles of Social capital in a low resource setting Ageism and (un)employment – individual, social and economic impacts