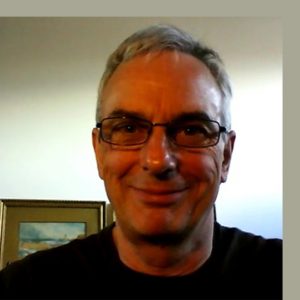 Simon Biggs is Professor of Gerontology and Social Policy, University of Melbourne, School of Social and Political Sciences and works with the Brotherhood of Saint Laurence a social justice charity. He is an Executive member of the Cognitive Decline Partnership Centre, leading two research projects: public perceptions of dementia and the role of regulation in dementia care. Simon is a Fellow of the British Academy of Social Science. His research and writing includes issues on intergenerational relations, the ageing life-course and public policy. Publications include Generational Intelligence (with Ariela Lowenstein) and Negotiating Ageing: Cultural adaptation to the prospect of

Exclusion, voice, age and dementia and the future of public health campaigning

Different perspectives on dementia, held by people with dementia, carers and professionals working in helping and service industries were examined in 111 interviews across Australia in 2017. The research examines how people’s thoughts about dementia differ by their view point based upon closeness to dementia as a condition. We looked at how this is reflected in the type of public health campaigning people would like to see in relation to dementia.

A common feeling was that dementia should become a normal part of social life. All professional groups also expressed a need for knowledge on how to communicate and interact with people with dementia. People with dementia emphasised the need for social engagement, rights and inclusion, enabling public acceptance and normal social relations. For them, dementia evoked some positive as well as negative thoughts, but for others, negative or neutral views were more common. An emphasis on normalising and understanding of interpersonal skills repositions debates on stigma as a communication and inclusion issue rather than one based on dementia related prejudice as such. In contrast to current campaigns, information on prevention and health care systems were a low priority. These priorities are compared to WHO priorities in this area.

Results are discussed in terms of a number of concepts arising from an ability to negotiate ageing and dementia. These include negative vs. positive ageing, within age and between age thinking, and life-course based approaches to increased empathic understanding. The implications for future public health campaigning are discussed.

Psychosocial Predictors of Fear of Falling in the Elderly: Understanding the Role of Social Support, Personal Mastery and Depression Understanding ‘Double Risk’ for Older Adults: An examination of the interactions between social determinants of health and (un)supportive built environments