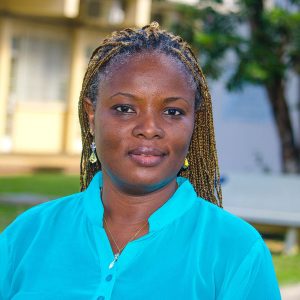 Samantha Mendoza has practiced as a social worker in Trinidad for over fourteen years in the field of disability, juvenile residential institutions and health specifically HIV. While practicing, she worked part time as a tutor for social work courses and delivered sessions at practice teacher seminars geared towards enhancing their understanding of theory and practice in social work.

After engaging in direct practice, she was employed at the University of the West Indies, St Augustine as a research assistant to the social work unit and worked on several research papers (adolescent suicide, parental care for children with disabilities, school aged adolescent and drug use..etc).

Experiences at the University of the west indies also included guest lecturing, sitting on interview panels for student recruitment, field supervision of students on practicum placement among others.

Samantha’s areas of research lie in ageing,HIV and reintegration of young men who have been institutionalized. In her spare time, she volunteers as a listener at the AIDS hotline.

Exploring Experiences of women ageing with HIV within a Trinidadian context.

Women ageing with HIV appear to begin functioning from a place of inequality and disadvantage. Women are known to be among the poor in any society and literature has named poverty as the greatest threat to the health of older women (WHO 2007).

Women ageing with HIV are required to function in all aspects and spheres of life- social, mental, spiritual etc. as well as fulfill required roles and expectations of being woman. These are all done in relation to managing their status of being HIV positive, treating with comorbidities, and dealing with the stigma and discrimination that are imposed by society and seemingly maintained by structural requirements. Some women possess very little or no support systems to assist with making this burden a manageable one, this lack creates a space where difference in experiences with social and health systems set women ageing with HIV apart from other ageing women and men. The issue of inequality is nurtured and maintained through such acts where women ageing with HIV are “othered” and do not have access to much needed services, by choice or circumstance, while they are poised to form a large part of the country’s population in the next two years.

Using a feminist participatory action research method, and narrative analysis, the experiences of six women between the ages of 58 and 70 years old ageing with HIV were explored.

Findings revealed that women experience double and in some cases triple jeopardy due to their age, HIV status, gender, and socio economic bracket. Thematic areas that were derived from this work showed women experienced life in a different way due to their HIV status, areas they discussed were: fear, silencing, feeling limited, loneliness, the HIV gaze, housing, finance and economics and power. This work also highlighted ways women found to speak back and manage their lives: group empowerment, reconstruction of self, resistance and agency.

Implications in this study highlights the daring need to address inequalities embedded in structures that form negative experiences of women ageing with HIV. Women’s experiences are intertwined in policies, rules, norms and mores which must be addressed from a gendered perspective. This work also has implications in shaping gerontological landscape in Trinidad via both practice and contributing to literature as preparations should be in high gear preparing for the ageing phenomenon.

The City for All Ages: Singapore’s design for age-friendly environment Healthy Ageing Promotion Program for You (HAPPY) to Meet Ageing Population Needs