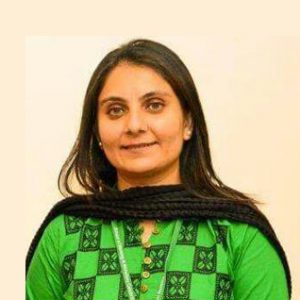 This is Laila Akber Cassum, and I am working as a Senior Instructor at Aga Khan University School Of Nursing and Midwifery in Karachi Pakistan. I have done my Master’s Of Science in Nursing (MScN) in 2015, Baccalaureate of Science in Nursing (Post RN – BScN) in 2003, and Diploma in Nursing in 1998 from the same institution. I have worked as a Critical Care Nurse (CCN) for three years in Cardiac Intensive Care Unit (CICU) at Aga Khan University Hospital Karachi Pakistan (AKUH). Then, I pursued my career as a Nurse Educator in facilitating the coming generation of students in field of Nursing.

Exploring the experiences of the elderly people who are brought to live in Shelter homes in Karachi, Pakistan

Background: The traditional joint family system in a culturally diverse Pakistani society shows great respect and care for older population by the families and their generations. However, in the recent years the phenomenon of population aging in Pakistan is rapidly increasing due to demographic shift influencing life expectancy, along with changes in socio-cultural values. This transition has resulted in institutionalization of the elderly as an emerging shelter alternative. The aim of this study was to explore the experiences of the elderly people and to identify the reason which compelled them to reside in these shelter homes. Furthermore, the research aimed to identify the reasons which caused them to spend the last phase of their lives in these old age homes. This study intended to answer the following questions:

Methods: A qualitative methodology, with a descriptive exploratory design, was adopted for the study. A purposive sample of 14 elderly males and females were selected, from two different shelter homes in Karachi, Pakistan. Semi-structured interviews were audio recorded and transcribed. Content analysis was done to extract the themes and comprehend the data.

Results: Content analysis of the data revealed five major themes: circumstances of leaving home, experiences, challenges, coping with challenges, and decision to live in a shelter home. The analysis discovered that the elderly were experiencing lack of physical, psychological, emotional, and financial support from their family and children. It also indicated that migration of children for better career and employment opportunities, entrance of women into the workforce, and insensitive behavior of children, left the senior citizens neglected and helpless. The findings also uncovered the challenges of unemployment and family disputes that the elderly had to face made them dependent, distressed, helpless, and lonely resulting in both their apparently willing and forceful decision to reside in shelter homes.

Conclusions: The study indicated the emerging notion of institutionalization of the elderly in Karachi, Pakistan. The findings point to need for further investigation of the identified areas in this study through qualitative and quantitative researches. There is a dire need for increasing public awareness through the social, electronic, and print media, and providing capacity building training to HCPs for the care of the elderly. The lobbying group can act as a catalyst in persuading the government officials for the execution of a policy on retirement, day care centers, and subsidized provision of health services for the betterment of the elderly.