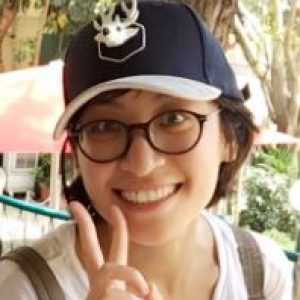 Ms Liu Chang is a PhD candidate in the Department of Applied Social Sciences at The Hong Kong Polytechnic University. Her research work focuses on aging in the context of family life, with an emphasis on intergenerational relationships, care planning, and caregiver stress. Her work has been published in journals including The Gerontologist, Family Relations, Ageing and Mental Health, Health and Social Care in the Community, and Applied Research in Quality of Life. She has been involved in a number of ageing-related research projects in recent years. Her PhD thesis is about caregiving anticipation and preparation among the post-80s generation in China.

Filial anxiety of the post-80s generation in China: Assessment and service implications

Extensive studies have examined the eldercare crisis in China, but little attention has been paid to the attitudes and behaviors of adult children. Evidence has shown that the anticipation of providing care for a parent in the future was anxiety-provoking for adult children. Especially for one-child generations in China, caregiving anticipation often accompanies anxious feelings due to the deeply rooted cultural value of filial piety, a lack of sibling support, geographical distance with parents, and insufficient formal eldercare services. This anxious feeling may influence their preparation for eldercare and bring about heightened caregiving stress in the future. However, this phenomenon remains insufficiently studied among Chinese adult children, partially due to the lack of a validated scale. Therefore, the current study aimed to translate, adapt and validate a Chinese version of the 13-item multidimensional Filial Anxiety Scale to measure the eldercare concerns among Chinese adult children and discuss service implications.

Pilot interviews were conducted with twenty Chinese adult children aged between 26 and 40 to examine whether the questions can be understood and answered by participants easily. Some minor revisions were made according to participants’ feedbacks. The finalized scale was applied to a face-to-face questionnaire survey with 530 adult children participants in China between September and December 2020. After data collection, confirmatory factor analysis (CFA) was performed with the whole sample to examine whether the factor structure was consistent with the two-factor model as suggested in the original scale. After yielding an unsatisfactory model fit, exploratory factor analysis (EFA) was performed with a random half sample to identify the factor structure of the scale. Then CFA was conducted with the other random half of the sample to examine whether the newly identified factor structure can be supported. After the factorial validity of the revised scale was confirmed, the known-groups validity and internal consistency reliability of the scale were examined.

EFA yielded a unique three-factor model (i.e., filial anxiety-ability, filial anxiety-responsibility, and filial anxiety-welfare). Comparing with the original factor structure, a new factor of “filial anxiety-responsibility” emerged under the Chinese cultural background. This model was supported by CFA with satisfactory model fit (CMIN/df = 2.418, CFI = 0.939, GFI = 0.920, RMSEA = 0.074). The known-groups validity was supported given the scores were significantly higher for adult children of lower socioeconomic status and those whose parents had worse physical health status. Cronbach’s alpha for the internal consistency of the scale was 0.808. The average level of filial anxiety of the participants was 42.908 out of 65.

With satisfactory reliability and validity, the Chinese version of the Filial Anxiety Scale could enable researchers and service practitioners to better understand and accurately assess Chinese adult children’s attitudes toward future eldercare, facilitate identification of individuals at risk from high anxiety levels, and lay the foundation for further studies to investigate the stressors of the filial anxiety and for the development of effective interventions to reduce adult children’s future caregiving concerns and better prepare them for their parents’ future care needs.