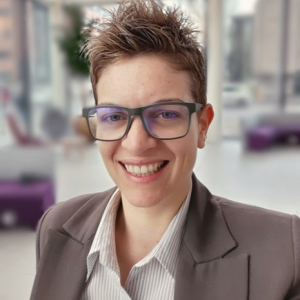 Dr Dalia Tsimpida is a researcher of the Institute for Health Policy and Organisation (IHPO), at The University of Manchester, UK. She has an interdisciplinary background in Psychology, Audiology and Health Policy, and advanced methodological skills in Epidemiology, Spatial and Big Data Analytics. Her research in the last decade is mainly concerned with the social epidemiology and public health aspect of hearing loss. Her research has led to the foundation of a new distinct research field, namely ‘hearing health inequalities’, introducing the literature the newly coined term ‘lifestyle-related hearing loss’ and the ‘Conceptual Model of Hearing Health Inequalities’ (HHI Model). Delivering world-class research has been awarded several honours and awards, and she develops an international reputation in the field of audiological research. In 2020 she received the International Society of Audiology (ISA) Scholarship for her pioneering research findings on prevention and early detection of hearing loss in primary care, and its potential in maximising the opportunity for healthy and active ageing. She is the Primary Investigator of the PLACE Project, which aims to update the hearing loss prevalence estimates in older adults in England after nearly 40 years. The PLACE Project was funded by the Institute for Health Policy and Organisation (IHPO) and received additional funding from the World Health Organization (WHO) to support its wider dissemination to the public. Her work has been published in peer-reviewed journals, such as JAMA, BMJ, BMC, and others.

Four decades on: An update on hearing loss prevalence estimates in England and implications on healthy ageing

Background
Hearing loss is a significant public health issue, estimated to affect over eight million adults aged over 50 in England. These estimates are based on the prevalence data from the Hearing in Adults study by Davis,  who collected audiological data for 1,538 subjects 50 years old and above in the 1980s, from two cities in England. The prevalence (%) per age group from that study’s samples is multiplied by the number of adults of similar age groups given by the English census. However, the hearing loss estimates’ accuracy has not been validated in the last nearly 40 years yet determines the local hearing health needs in England, including the provision of hearing aids to the eligible population. This project aimed to (a) update the prevalence estimates of hearing loss in older adults in England using a nationally representative sample of 8,263 older adults aged 50 years old and above, and (b) identify potential regional differences in the current prevalence estimates of hearing loss in England.

Methods
We used data from the English Longitudinal Study of Ageing (ELSA), a large, population-based, prospective cohort study that provides a unique resource for exploring issues associated with ageing in England in the 21st century. We compared at the regional level the estimates from hearing data available at the ELSA Wave 7 (2014-2015) to estimates based on the English census in 2015. Hearing loss was objectively measured by a handheld audiometric screening device and was defined as greater than 35 dB HL at 3.0 kHz in the better hearing ear.

Results
Our study revealed that population samples with similar age profiles had marked regional variation in their objectively identified hearing loss outcomes and premature morbidity depending on the place they live. The participants residing in the northern part of the country had worse hearing outcomes at an earlier age. Our findings showed that the hearing loss prevalence in those regions is currently underestimated. The regional differences in hearing outcomes reached up to 13.53% in those belonging to the 71-80 years old group; the prevalence of hearing loss was 49.22% in the North East of England (95%CI 48.0–50.4), versus 35.69% in the South East (95%CI 34.8–36.50).

Conclusions
The profound multidisciplinary professional and experimental care in the Hearing in Adults study by Davis is broadly recognised; however, our study showed that this data does not remain accurate and generalisable nowadays. The current estimates are more likely to exacerbate hearing health inequalities in different regions in England, where people may have worse hearing outcomes at a younger age. These novel findings support a new conceptualisation of hearing loss, which argues that the different rate in decline in hearing capacity is due to the accumulation (or not) of layers of contextual and/or individual risk factors when people grow old, not inevitably because they grow old. A socio-spatial approach in planning sustainable models of hearing care based on the actual populations’ needs and not solely on age demographics might offer a viable opportunity for healthier and longer lives.

Evidence-based action for age-friendly cities and communities COVID-19 outbreaks among the elderly in the U.S. nursing homes: An architectural approach