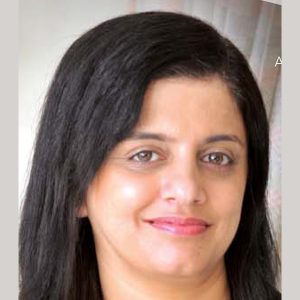 Associate Professor Reshma A. Merchant is the Head and Senior Consultant at the Division of Geriatric Medicine at the Yong Loo Lin School of Medicine, National University of Singapore. She is also the Geriatric Education Director for the school. Prior to this, Associate Professor Merchant had been the head of division of Advanced Internal Medicine for seven years since 2009 and under her leadership, the division has made great progress in care integration, care coordination and new models of care including acute medical unit and Innovation-42. She is actively involved in improving quality of care for the hospitalised elderly, and together with the nursing team, have introduced Eldercare Bundle hospital-wide and as head of Geriatrics, she has spearheaded many new developments including SILVER (Specialised Innovative LongeVity Elderly Recovery) unit. Her main area of research interest is in sarcopenia, cognitive frailty and successful ageing in the community. She also holds many leadership positions in national professional organisations and advisory boards. Besides clinical service and research, she is also a very enthusiastic teacher and has won multiple teaching awards. She graduated from the University of Edinburgh and obtained her postgraduate qualification from Royal College of Physician London in 1999 where she worked for several years before returning to Singapore in 2001.

The World Report on Ageing and Health by World Health Organization (WHO) defines “healthy ageing” as the process of developing and maintaining the functional ability that enables well-being in older age. Frailty is associated with poor quality of life, high resource utilization, disability and adverse outcome. Frailty is not a disability and its trajectory can be altered with diet and exercise interventions.

57.2% (601) were women. Mean age for women was 71.0 years ± 5.5 and men 71.5 ± 5.6 years. 7.7% of women were considered frail compared to 4.3% of men (p<0.05). Based on individual components of frail scale, women were significantly more likely to complaint of fatigue, difficulty climbing 1 flight of stairs, walking 1 block while more men complained of having 5 or more chronic illnesses. 20.8% (124) women compared to 9.6% (43) men had MMSE scores of <24. There was no significant difference between the 2 groups with regards to past history or current history of depression. 14.8% (63) women compared to 9.4% (33) men experienced 1 or more falls in the past year (p=0.02). 34.4% (208) women were widowed compared to 7.3% (33) men. Women had similar mean TUG compared to men of 11.5 seconds and a significantly higher proportion of women had lower grip strength based on gender specific norms 51.4% vs 41.3%. Self-evaluation of health status was similar in both groups. A significantly larger proportion of women had expressed some form of difficulty in mobility, usual activities, pain and anxiety.

The prevalence of frailty, impaired physical measures and lower cognitive scores were much higher in ageing women than men but they still perceive their health status similar to men. More attention needs to be given to ageing women to maintain their physical and mental health.

Healthy Ageing Promotion Program for You (HAPPY) to Meet Ageing Population Needs Coming out when a partner dies? Challenges and inequalities faced by older woman who grieve a same-sex partner.