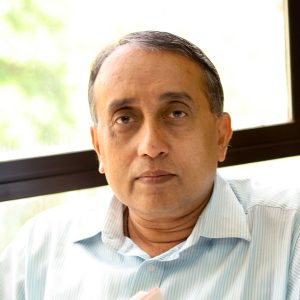 Mathew Cherian is the Chief Executive of HelpAge India for the last 15 years and also on the Board of HelpAge International. He has worked on policy issues and is Independent Comissioner for Health with Government of India

Health and Ageing exclusions in India

“Leave no one behind “says the UN Secretary General on launching of the SDG’s but the reality of the elderly in India is far from it..According to the Census of India in 2011 the numbers of elderly were 103 million and currently 108 million in 2015. According to a report titled “Situation Analysis of the Elderly in India ” by Ministry of Statistics & Programme Implementation, Government of India, the elderly population accounted for 7.4% of total population in 2001 but less than 20% of elderly women and majority of elderly men were economically independent. Nearly 40% of persons aged 60 years and above (60% of men and 19% of women) were working. In rural areas, 66% of elderly men and more than 23% of aged women were still participating in economic activity. A recent report released by the Ministry of Statistics said that the %age of citizens over the age of 60 has jumped 35.5 per cent — from 76 million in 2001 to 103 million in 2015 , at the launch of the SDG’s. In the MDG’s from 2000 to 2015 there was no mention or focus for older persons in the goals in spite of the UN sponsored Madrid Plan of Action and the Madrid Declaration.

Ensure healthy lives and promote well-being for all at all ages is another goal of the SDG .The National Programme for health care of the elderly (NPCHE) launched in 2008. The Government of India launched the “National Program for Health Care of the Elderly” (NPHCE) during the year 2010-11 for providing dedicated health care facilities to senior citizens (above 60 years of age) at primary, secondary and tertiary health care delivery system. The basic aim of the NPHCE is to provide separate and specialized comprehensive health care to the senior citizens at various levels of state health care delivery system including outreach services. This programme under the Ministry of Health was to cover 100 poorest districts by 2013. . Health care financing in India is low in terms of total public spending and as a proportion of the gross domestic product. Less than 10 percent of the population has health security in terms of access to employer provided services or through private insurance. India’s health and ageing interventions are excluding millions of Indians from health care . Older persons exclusion from health services and long term care are becoming crucial for the future. The paper examines what steps we need to make in order to make it a decade of healthy ageing if we are to leave no one behind.