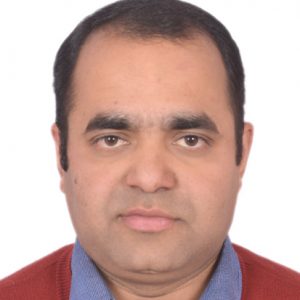 Mr. Bhim Prasad Sapkota is young and energetic public health professional working at Ministry of Health and Population for Government of Nepal. He has worked for about 17 years in Nepalese health system. His area of interest is on health system research focusing the neglected group of population. Mr. Sapkota has completed the Master’s degree in Public Health from Institute of Medicine, Tribhuvan University Kathmandu in 2012.
He is the PhD Fellow at Center for International Health-Ludwig Maximilian University of Munich, Germany for the academic year 2019-2022. His PhD research is going on entitled “Predictors and prevalence of non-communicable disease risk factors among old aged population in Nepalese Community”

Health problems of aging: How prepared we are?

Aging is the natural and unavoidable phenomenon.  All the public health interventions are focused to reduce the morbidity and mortality so as to expand the life expectancy.  With increased proportion of old aged population, the burden of disease has also been skewed towards non-communicable diseases.  Multiple co-morbid and chronic conditions in old age are creating new challenges for social transition in the least developed part of the world.  It is an issue of equity and social justice in developing countries like Nepal.

This presentation is based on a study using a cross sectional descriptive design with qualitative approach of data collection on major three aspects: policy preparedness, human resources preparedness, and infrastructure preparedness in the Nepalese health system.

The Constitution of Nepal has clearly spelled out the issues of old aged population but has yet to specify the health needs.  The National Health Policy-2019 has explicitly mentioned the health needs of old aged population but the 14th Periodic plan of national planning commission as well as the fiscal budget of the Government of Nepal have not mentioned explicitly about these needs.

In the study we observed the infra-structure of primary level to tertiary level health facilities governed by the Government of Nepal.  No health facilities are adopting the elder friendly infrastructure and only a few are adopting the “no-queue” for elders.  Further challenges include the lack of a waiting place for elders and only three general forms of medicine (Furosemide, Salbutamol, and Metformin) for NCDs although demand exceeds supply.

Discussion
1. If we are really worried about the progress towards achievement of the sustainable development goals, it is important to think about “equity and social justice” for neglected population groups. In the least developed part of the world the health care needs to address the health problems of aging population is really under prioritized.

2. It is high time to start the discussion of health system reform to address the health care needs of the aging population. Our efforts and investments should also be redirected towards the review of our policies, health infrastructures and health workers.

3.The findings of the study direct us to assess the role of the “beyond country stakeholders” to start the advocacy with the governments so that they could pay the attention towards the needs of aging population.

Mortality and its associated factors among older HIV infected patients on antiretroviral therapy: A retrospective cohort study at urban HIV clinic in Uganda Cultural and religious and norms and how they affect the lives of older LGBT in Kenya