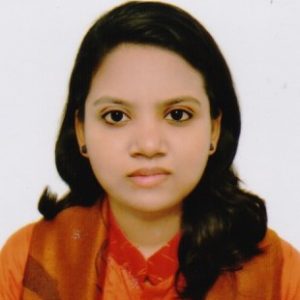 She completed her MBBS from Mymensingh Medical College under University of Dhaka and provided clinical service for one year in the geriatric medicine unit of Dhaka Medical College Hospital, the largest tertiary level health facility of Bangladesh. Farah has been involved in elderly research for last 3 years and conducted research and prevention program on elderly fall in Bangladesh. She recently carried out a research on indigenous elderly population of Bangladesh. Further, she is undertaking a project with elderly Rohingya refugees of Bangladesh as part of her master’s thesis. She is an active volunteer of several elderly care organizations in the community and a member of Alzheimer’s Society of Bangladesh and Bangladesh Association for the Aged and Institute of Geriatric Medicine (BAAIGM).

Background
Bangladesh currently has 1.5 million indigenous people which constitutes 1.8% of the country’s total population.  Yet, they are one of the most deprived communities of Bangladesh in all sectors.  With overall increasing life expectancy, the number of indigenous older people are rising too.  This study was conducted to explore the health status and quality of life of indigenous elderly of Bangladesh.

Methods
A mixed-method approach was deployed on October, 2019 in Sylhet division of Bangladesh.  A cross-sectional survey was conducted among 400 indigenous elderlies (200 males, 200 females) from 8 tea-gardens using a pre-tested semi-structured questionnaire including WHO-QOL.  Ten in-depth-interviews were also conducted with health-service providers of the tea-garden health-facilities.  Descriptive, logistic and linear regression were used to explore the associated factors.

Results
Of the indigenous elderly respondents, the majority (79.5%) were suffering from chronic diseases.  Visual difficulty was predominant (74%) followed by locomotion difficulty (49%) and gastrointestinal problem (41%).  The level of severity of conditions was also high among respondents with visual difficulty.  A large number (70%) of the respondents had difficulties in doing household work.  A total of 25% of the respondents had severe limitation in climbing steps or walking few steps or moving their body like bending, kneeling or stooping.

About 20% of the respondents did not receive any treatment for their chronic condition.  Almost all (94%) the respondents had delay in receiving treatment and poverty was identified by 85% of them as the cause of delay.  Extreme age (adjusted OR =.342), female gender (adjusted OR=.397), living single (adjusted OR=11.925) and low family income (adjusted OR=2.213) were found to be significantly associated with chronic conditions.  Further, having a chronic condition and extreme age was found to be significantly associated with low quality of life.  Health-service providers identified the lack of logistical support in health-facilities, economic crisis and lack of awareness as the causes of poor health-status and health-seeking behaviour of the indigenous elderly.

Conclusion
Female indigenous elderly people of the oldest aged are more vulnerable to adverse health conditions and poor quality of life.  Health-literacy and health-seeking behaviour is poor among indigenous older adults and there is huge gap in health services and social-supports available for them.  Policy level interventions are needed to ensure proper technical, logistical and financial support to this vulnerable community of Bangladesh which will ultimately help the country’s goal to achieve SDG-3 and Universal Health Coverage.