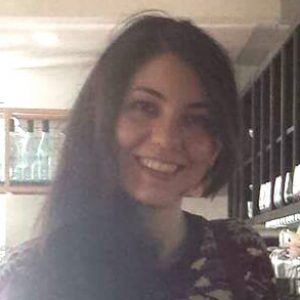 Neda Seyedsadjadi is a fourth year PhD student in Physiology and Pharmacology at School of Medical Sciences, UNSW Sydney.

High protein intake and reduced levels of the essential pyridine nucleotide nicotinamide adenine dinucleotide (NAD+) have both been independently associated with promotion of the ageing phenotype. However, it has not yet been shown whether these two independent observations are biochemically linked. To investigate this possibility, we used a cross-sectional study design of 100 apparently healthy middle-aged males (n=48) and females, in which we assessed average dietary intakes of multiple components using a validated questionnaire. We also analysed fasting blood levels of urea, NAD+ and its metabolites, and inflammation-linked biomarkers, including interleukin-6 (IL-6), Kynurenine (Kyn), and Tryptophan (Trp). One-way ANOVA and ANCOVA were then performed for statistical analysis. Our results have shown for the first time that plasma levels of NAD+ and Total NAD(H) were lower with increasing protein intake (F (2, 92)=4.61, P=0.012; F (2, 92)=4.55, P=0.013, respectively). The associated decrease in NAD+ and NAD(H) levels was even stronger with increasing plasma levels of the protein breakdown product urea (F (2, 93)=25.11, P≤0.001; F (2, 93)=21.10, P≤0.001). These associations were all independent of age, gender and energy intake. However, no significant association was observed between protein intake or plasma urea, and plasma levels of NAD+ metabolites. We also observed that plasma levels of the inflammatory cytokine IL-6, and both Kyn, and Trp, but not the Kyn/Trp ratio were higher with increasing plasma urea levels (F (2, 94)=3.30, P=0.041; F (2, 95)=7.41, P≤0.001; F (2, 96)=4.23, P=0.017, respectively). These associations were dependent on eGFR and energy intake, except for the urea and Trp association that was independent of all. In conclusion, we report for the first time, a novel association between protein intake, its metabolism, and plasma NAD+ levels with a possible link to inflammation. These findings provide further insight into how protein restriction may contribute to the anti-ageing process observed in several studies.

Living with a partner with dementia: A qualitative study of female spouses lived experiences of changes in everyday life Abstract of Study on Elder Abuse in the community in 2017 by Janaseva Foundation