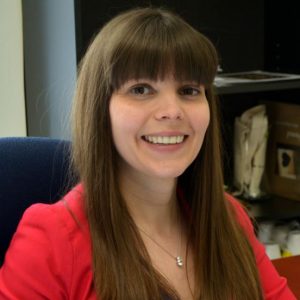 Kate is enthusiastic about long-standing traditions and new innovations that make older people’s lives better. Working alongside older adults living with and vulnerable to HIV in Canada, Kate focuses on strengthening ties between the HIV community and organizations that serve people over 50. Part of Kate’s role as Health Programs Specialist at Realize is to provide secretariat support for the National Coordinating Committee on HIV and Aging (NCC). She is proud to be part of this network of researchers, service providers, older adults living with HIV and other stakeholders who share a passion for HIV and broader social justice issues affecting aging adults.

Kate likes to share information and stories through posters, workshops, presentations, conversations, reports, and colourful diagrams. She aims to inspire policy-makers and care providers to respond to the needs of diverse older adults affected by HIV, and equips them with the evidence and tools to do so. Kate reads a lot of HIV and aging research and enjoys being a go-between for research teams, community members and practitioners.

Kate has a Masters of Public Health degree from the University of Toronto and a zany dog named Tink.

Two decades ago, there was a sea change when highly effective combination antiretroviral therapy was introduced and people who expected to die of HIV, often at young ages, began to recover from the devastating effects of the virus. Today, people living with HIV (PLWHIV) who have access to HIV treatment can expect to live almost as long as their peers who are HIV-negative (Samji et al 2013) and the first groups of people living long-term with HIV have reached their senior years. New HIV diagnoses among older adults are also increasingly common, in part due to changing social norms about dating in older age, condom fatigue, and a low perception of personal risk (PHAC 2015). As a result, the number of older adults living with HIV worldwide is greater than ever before, and growing. While chronic illness is increasingly common among older persons regardless of HIV status (Statistics Canada, 2015), PLWHIV experience a greater burden of physical illness (Kendall et al 2014), a higher risk of premature frailty (Onen & Overton 2011), and a high rate of cognitive impairment (Sheppard et al 2015), as compared to those without HIV. Mental health issues are also common among people aging with HIV (Rueda et al 2014) and are exacerbated by stigma and the uncertainty experienced by individuals aging with an episodic disability like HIV (Grov et a 2010; Solomon et al 2014). Furthermore, HIV-related disability may intensify social inequities faced by PLWHIV, for example, by interfering with their ability to participate fully in the work force leading to financial instability during working years, and in retirement (Dray-Spira et al 2012). It is not uncommon for PLWHIV to report having experienced HIV-related discrimination when seeking health and social services (Brinsdon et al 2016) and priority populations who are most vulnerable to HIV (e.g. people who use drugs, LGBTQI2S people) also experience the greatest barriers to treatment, care and support across the life course (Addis et al 2009; Kamarulzaman & Altice 2015). Previous negative interactions with care systems outside the safe haven of the HIV sector can bring about reluctance to seek supports for aging well. By developing a greater understanding of the experience of aging with HIV; the expertise to respond to relevant health and social needs; and fostering safe, inclusive environments; organizations serving older persons can help reduce health inequities that may otherwise persist for PLWHIV in later life.