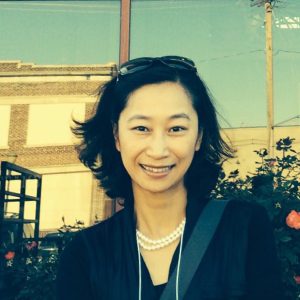 Mira Ahn, PhD, is an associate professor of Housing and Interior Design in the School of Family and Consumer Sciences at Texas State University. Her research and teaching have focused on the social and psychological aspects of residential environment in aging society. Research interests include aging in place, healthy communities, residential environment for vulnerable populations, and sustainable living. She has been actively involved in aging in place and healthy aging projects. She guest-edited the Housing and Society special issue: Aging in place (2017) and is serving as a project co-chair of USDA Multi-State research project: Aging in Place since October 2017.

How the intention of Aging in place is structured: Investigation of the role of personal, built, and interpersonal environments

As a concept, aging in place (AIP) has been discussed in diverse ways, such as a goal, process, or phenomenon based on what nature of this concept is focused on. In this paper, we proposed a conceptual model which focuses on AIP as an intention. A proposed model is grounded by the theory of planned behavior (TPB) (Ajzen, 1991). The intention to AIP was examined in a causal relationship with attitudes, norms, and perceived behavioral control. Considering diverse factors of housing decision are generally associated with the nature of home, this study included three constructs of environments – personal environment (physical confidence and financial confidence), built environment (housing satisfaction and neighborhood satisfaction), and interpersonal environment (social connectedness, and family obligation) – to the research conceptual model to investigate their direct and indirect influence the intention toward AIP. These three environmental factors were selected to capture the comprehensive meaning of home which functions at personal, structural, social, and symbolic levels in an interconnected way (Wiles et al., 2012). Research hypotheses were developed to investigate which environmental construct is directly related to the intention to the AIP and indirectly through three TPB constructs.

We collected data by conducting an online survey with nationwide sample (N = 650). Based on the conceptual model with hypotheses, we specified the path model. The model was estimated and produced acceptable fit. Three constructs of environments did affect the AIP intention not directly but indirectly. One interesting finding is that the direct effects of physical confidence on the intention toward AIP were significant, however the relationship was negative. Results of decomposition tests for total, direct, and indirect effects confirmed the significant mediating role of attitude, subjective norm, and perceived behavioral control toward AIP between the path from personal, built, and social environments to the AIP intention.

One of the major implications of this study was drawn from the role of interpersonal environment; social connectedness and family obligation. The study indicates that social connectedness was the strongest predictor of all of three mediators and in turn indirectly affects the AIP intention, whereas effects of family obligation on the mediators and in turn the AIP intention were very minimal. Considering social connectedness can be promoted or discouraged through community-level physical or social interventions, such as communal space design or local transit system, the findings underpin the critical role of community-level planning or support for older adults’ healthy aging.

Predictive value of neuropsychological tests and correlation with morphometry measurements for conversion to dementia. An Assessment Tool for Caregivers – a model of good practice