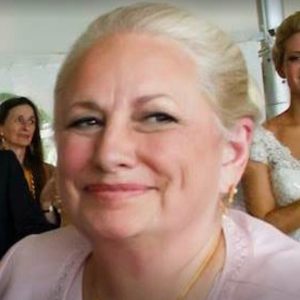 Dr. Grace Clark is currently teaching at the Carey Business School of Johns Hopkins University, having retired as Dean, Chair, and Professor of Sociology at Forman Christian College in Lahore, Pakistan last year.   Previously she has been the Executive Director of the United States Educational Foundation in Pakistan and the Director of the International Center on Global Aging at The Catholic University of America in Washington, D.C.   She is also a former Board Member of IFA.

Dr. Clark received her B.S. from Goucher College, and her MSW and PhD. from the University of Maryland School of Social Work and Community Planning with an emphasis on Social Policy. Her PhD. dissertation topic was “Pakistan’s Zakat System as Case Study of a National Religious Public Welfare System”.   Throughout her career, Dr. Clark has had a strong interest in the interrelationships of social policy, aging, religion, children, women, and governmental systems.

For many years Dr. Clark served as an administrator for the State of Maryland while also teaching at Johns Hopkins University, the Catholic University of America, and the College of Notre Dame of Maryland. Dr. Clark began teaching with the JHU Certificate on Aging Program when in began.During this time, Dr. Clark worked on many issues related to aging.

Although the Constitution of Pakistan contains sections granting equality to women, a recent worldwide survey found that Pakistan is the fourth worst country in terms of discrimination against women. The situation is improving somewhat for educated younger women, but for older women, the patriarchal system of male dominance that prioritizes the rights, needs, and desires of men and subordinates those of women is very much a fact of life and has been for their entire lives.

Building on data collected in 2000, 2001, 2003, 2008, 2012, 2013, 2014, 2015, and 2017 in different parts of Pakistan, this new analysis supports findings consistent with the worldwide study. This researcher found that gender affects many aspects of the every day social determinants related to health. Older women feel less included in family decision-making, are less able to make decisions relating their own autonomy, have little control over money for their own needs, and report feeling isolated more often than older men. Older women get out of the house less often than men, have less social interaction with peers, get less exercise out of the house, and are more likely to require someone else’s permission to go anywhere.

Pakistan’s health priorities usually relate to maternal and child health and to communicable diseases. While there has begun to be some notice of chronic diseases, older persons generally, and older women in particular, are way down the list of the government’s priority. This data suggests that creating just a few new policies relating to daily life, exercise, medicine and healthcare are for older persons might make it more possible for older women in Pakistan to improve the quality of life in their remaining years   The paper makes a few policy recommendations for new programs for older women based on the research data.

Finding Comfort in Discomfort: Practicing InterAgency Collaboration with N2N 2.0 Grow Old Along with Me: The Meaning of Dogs in Seniors’ Lives