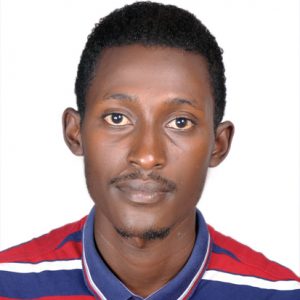 Patrick is a statistician by background, who currently hands and manages data for African Research Center 4 Ageing & Dementia. He is currently pursuing Masters in Statistics at Makerere University. He has a bias in cognitive health and his Masters thesis focuses on how to improve or boost cognitive health in the Ugandan population. |He has presented both in local and international health.

Implementation of the Global Action Plan on the public health response to dementia (GAPD) in sub-Saharan Africa: Comprehensive reviews

Background
Despite the fact that age is the strongest known risk factor for onset of dementia, and developing countries are projected to have highest number of ageing population, few national dementia strategies have been put in place to address this impending scourge.  In 2017 the World Health Organization (WHO) released and called for countries to adapt and contextualize the Global Action Plan on the Public health response to dementia – few Sub-Saharan countries have slowly adopted plan.  The outcome of the unprecedented increase population with dementia will be immense.  The substantial increase in morbidity and mortality pose a threat to the over stretched health care system and undermines the potential to achieve sustainable development goal (SDGs).

Methods
This paper is a view of published and grey literature relevant to Global Action Plan on the Public Health Response to Dementia (GAPD) in sub-Saharan Africa.  The overall approach to the review had an exploratory and inductive focus.  Articles were categorized around a guiding conceptual framework such as a description of structural arrangements and content of national dementia strategy development and normative underpinnings within policy frameworks.

Results
Nearly all countries within Sub Saharan Africa had not developed the national dementia strategy plans.  Countries like South African, Ghana, Kenya and Ethiopia had drafts of a national dementia strategy, though not yet operationalized.  Although a few countries highlighted some of the parallel targets of the GAPD within their national mental health policy and strategy, it was not comprehensive.  Countries where civil societies strongly advocated and championed dementia activities were more likely to have a draft GAPD.

Conclusion
Although there are a number of initiatives to develop national strategy for dementia plans, there are gaps in the extent of engagement of different stakeholders and how these strategies will be operationalized.  This may limit also the impact on addressing the escalating burden of dementia in Sub-Saharan Africa.