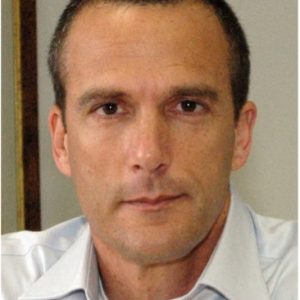 Mr. Yossi Heymann was appointed Director-General of JDC-ESHEL in May 2014. A partnership between JDC and the government of Israel, JDC-ESHEL is tasked with formulating comprehensive responses to the complex challenges facing Israeli society as its population ages. With a projected population growth promising to be one of the most dramatic demographic transformations in the country’s history, JDC-ESHEL, with Yossi at its helm, will continue to develop innovative services to aid Israel’s elderly age in dignity.

Yossi comes to JDC-ESHEL from the municipality of Jerusalem – Israel’s largest and most complex city by virtue of its demographic, religious and socioeconomic diversity. As the city’s Director-General, he managed an 8,000-strong workforce and oversaw a total budget of some 5.6 billion NIS. During his tenure, Yossi lead a reform in the way that the city formulates its annual work plan and conducts ongoing outcome evaluations and assessments.

Prior to his work in the Jerusalem municipality, Yossi had an impressive army career, reaching the rank of brigadier general. From 2007 to 2010, Yossi served as head of the Strategic Planning Division in the Israel Defense Forces (IDF). In this position, he managed three areas within the IDF’s general command: strategic planning, international defense cooperation, and military liaison. He was previously an instructor at the National Defense College, the Chief Officer of the Infantry and Paratroopers, and commander of the IDF Officer’s School. Yossi started his army service in the infantry, where he rose from platoon to division commander.

Yossi earned a B.Sc. in economics and management from the Technion – Israel Institute of Technology, and an M.A. in political science from the University of Haifa. He lives with his wife and three children in Mevaseret Zion, near Jerusalem. A devoted marathon runner, Yossi is also a volunteer escort for visually disabled long-distance runners. 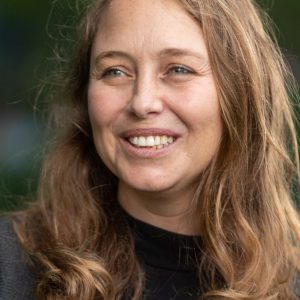 Dr. Shiri Landman has broad international experience in the management of applied research projects as a tool for the formulation of effective strategy for social change. She has led processes for organizational learning, project monitoring and evaluation and data-based strategic planning in a variety of third-sector organizations in Israel and abroad, when she served as research director at the BBC’s international humanitarian development organization in London. Shiri has a PhD in peace studies and conflict resolution from the Hebrew University, Jerusalem and is a graduate of psychology and the Amirim Honors Program at the Hebrew University. In the context of her specialization in the psychological-social aspects of intergroup conflicts, she has published articles, book chapters and recommendations for policy-makers regarding barriers to the Israeli-Palestinian peace process.

During 2020, a great deal was done to cope with the COVID19 pandemic in Israel. Alongside the implications the disease had on our health, policy and prevention activities such as lockdowns and restrictions had a tremendous impact on the population – including economical, wellbeing and mental aspects. The group most at risk and particularly influenced by these consequences was the elderly population.

To ascertain the influence of the lockdown policy on the condition of the elderly, JDC-Eshel in collaboration with ERI research institution conducted three surveys intended to provide policy makers and the public with an overview of the way the elderly population coped during the Covid19 outbreaks.

The findings of the first and second surveys showed that every second elderly in Israel reports a decline in the fragility symptoms, one third of the elderly population reported functional impairment, 20% financial decline and 47% are in a frail mental state. The results of the third survey are not yet ready but will be published in August 2021 and in time to be presented at the conference.

The surveys show that the elderly population in Israel is not homogeneous – in its needs or the solutions it requires. The surveys also show that while the public experience the pandemic in “waves”, for large portions of the elderly population there are no “waves” but a continual crisis with no intermission no rehabilitation and no return to normality. At the conference we would like to present the findings of these three surveys and the connection they have to the intervention policy dealing with the corona crisis.

The surveys created a better understanding of the data and focused on separate but complimentary research questions. The first one focused on “who is the target research group? We found that the predictive factors were: being part of the Arab sector, frailty state and prefrailty state, and economic hardship. On the other hand, digital literacy was an indicator for the resilience group.

The second survey focused on the question “what should we focus on. For instance, we discovered that face to face interaction with the community (3rd circle) combined with twice a week physical activity, lowered the probability of an elderly being at risk from 69% to only 11%.

The third survey focuses on the question of “the identity and role of the supporting factor in the elderly environment”- who are the figures in the elderly’s close circle and what kind of interaction do they have between them.

Long-term care centers during the COVID-19 pandemic: Evidence and lessons learned Disruptive technology for preventive geriatric care and the optimization of aging

Abuse of older women in time of pandemic – Perspectives of International Network for Prevention of Elder Abuse, (INPEA)

The Future of mRNA-based Medicine