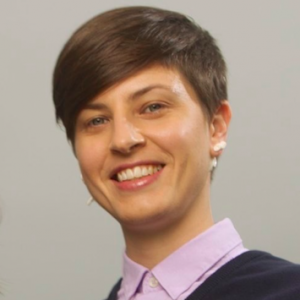 Louise Bourchier is a PhD candidate at the University of Melbourne in Australia. She is researching the sexual health needs of people aged 60+ and is particularly interested in health information gaps and how we can deliver better sexual health promotion for older adults. Louise has worked in sexual health programming and health education for the past twelve years in both Australia and New Zealand.

Many older adults continue to be sexually active, and while sexual activity is correlated with health benefits and provides opportunity for connection, it can also put older people at risk of acquiring sexually transmissible infections (STIs).  Using nationwide Australian data, our research documented increases in chlamydia, gonorrhea and syphilis among older women aged 55 to 74 between the years 2000 and 2018.  Although STI rates were much higher among young women (aged 15 to 34), we found that STI rates were increasing more sharply among older women.  This trend of rising STI rates among older age groups has also been identified in the USA, the UK and elsewhere.  We found that over the time period 2009-2018, chlamydia testing increased among older Australian women at a faster rate than among younger age groups but, unlike younger age groups, test positivity did not decline suggesting that there is still an unmet need for chlamydia testing among older women in Australia.

On the 31st of March 2021, we opened an anonymous online survey to investigate the sexual health of Australians aged 60 and over.  To date we have received 1411 responses from all states and territories of Australia.  The average age of respondents is 70 years old (range 60 to 91 years old), with male and female participants close-to-equally represented (0.4% other gender identities), and heterosexual (85%), with almost two thirds in a cohabiting relationship (63%), and just over half who are sexually active (55%).  Thirty-four percent have previously been tested for an STI, however, only 10% of those who are currently sexually active have been tested since turning 60.  Forty-one percent have sought sexual health information since turning 60, with the most popular information sources being primary health care providers and health information websites.  This highlights the key role that primary health care plays in STI testing and treatment for older adults, echoing findings from other studies.

In light of rising STI rates among older cohorts and their high engagement with primary health care, integrating sexual health conversations and, where indicated, STI testing into routine care is of increasing importance for older adults.  Embarrassment, fear that sexual concerns will not be taken seriously, and being unaware of potential treatments make some adults reticent to raise sexual health matters with their doctor.  On the other hand, doctors may not ask their older patients about sexual health due to lack of time, precedence of other health concerns, respect for privacy, or the assumption that the patient is no longer sexually active.  Many older adults would prefer their doctor to initiate sexual health conversations, and doctors may need more training to feel comfortable doing so.  Broaching sexual health topics with older patients will ensure that those who are at risk of an STI are correctly identified, tested and treated.  Asexuality should not be assumed among older patients, and care should be taken that sexual health is integrated into primary health care for older adults and not overlooked.

Agitation and end-of-life: Towards an advance directive that prepare for agitation and behavioral symptoms in Alzheimer’s disease Nurse practitioners and their role in supporting clinical care in Canadian long-term care homes during the COVID-19 pandemic