Ms. Arlene Groh RN, BA, is a consultant for Healing Approaches for Elder Abuse and Mistreatment (www.healingapproaches.com). She pioneered and coordinated the Restorative Justice Approaches to Elder Abuse Project, was a founding member of Waterloo Region’s Elder Abuse Response Team and chairs the City of Waterloo Mayor’s Advisory Committee on Age-Friendly Cities. In 2009 Arlene initiated a movement for the City of Waterloo to actively engage in preventing elder abuse by becoming an Age Friendly City (AFC). With the support of the Mayor, City staff and residents an Age Friendly City Mayor’s Advisory Committee was formed with a goal to ensure that Waterloo is a place where all residents age safely, enjoy good health and participate fully in their community. Arlene is a passionate champion and strategist for working in partnership to identify, resolve and prevent elder abuse. Her practice is guided by restorative justice philosophy and values. She is the recipient of many awards for her outstanding contribution to seniors and her dedication to the prevention of elder abuse.

It’s About the People…: Addressing the Social Determinants of Age-Friendly Community Planning 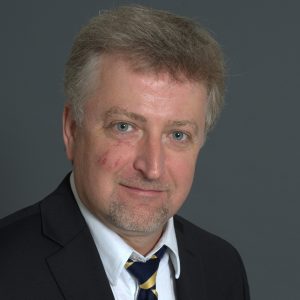 Dr. John Lewis is a community planner and engineer with research expertise in the areas of urban and landscape design, geodesign and community engagement software, accessible planning, and age-friendly communities. He has worked professionally as an urban planner and is currently a planning advisor to the City of Waterloo, the Town of Hanover, the Municipality of Huron East, and the Town of Orangeville. He was one of the main researchers and authors of “Finding the Right Fit – Age Friendly Community Planning” from the Ontario Seniors’ Secretariat, a province-wide guideline for evaluating and creating age-friendly communities. Dr. Lewis is a founder and CEO Vidyā Inc., a software startup based in Kitchener-Waterloo that advocates for and works with communities to advance the twin ideals of contemporary community planning – visioning and collaboration for sustainable community growth.

The specter of an aging population and the attendant challenges that this will present for community planning has been a focus of popular and academic discourse for a number of decades. To support the City of Waterloo’s Advisory Committee on Age-Friendly Cities, the authors conducted in-depth interviews with older Waterloo residents to document their experiences of aging in Waterloo and conceptions of an age- friendly city. Participants clearly and predictably described the various sources of environmental press which they encounter in their homes and neighborhoods, which test their competence and capacity to age independently. Of greater interest, however, was the challenge of coping with various forms of “social press” including ageism. Participants disclosed problematic attitudes and behaviors of younger community residents that socially isolate, provoke anxiety, or result in physical stress or injury.