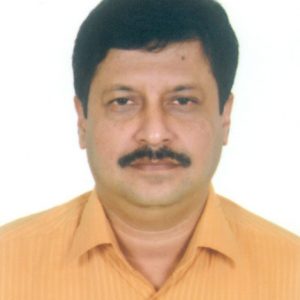 I am currently employed as an Associate Professor at the Department of Population Sciences, University of Dhaka, Bangladesh. Since my joining in this Department in 2003, among different teaching, research and administrative responsibilities, I have been the course teacher of Population Ageing course at Under Graduate and Professional Master Degree programs. I was assigned this course due to my interest and activities in population ageing issues. Besides teaching, I also supervise students’ research on ageing issues. I worked as a researcher on ageing issues funded by international organizations like HelpAge International, European Commission and United Nations Population Fund. I published a number of research articles in peer reviewed journals and presented research papers on ageing issues in different national and international levels. I received a number of professional trainings on different gerontological issues at home and abroad. I served as a resource person on ageing issues in my Department’s training and workshop related activities for government/non-government professionals. As a recognition of my activities, I was nominated as ‘CommonAge Ambassador’ in Bangladesh and participated in their international conferences and ‘Commonwealth Story Telling Project’ on the aged people in Commonwealth countries.

Population ageing and related implications are an emerging issue in Bangladesh. My present career goal is to be involved more in population ageing related activities in teaching, research and achieving higher education in this field. I would also like to be involved in awareness increasing activities among young people, public-private personnel and organizations about emerging ageing issues in Bangladesh.

Like many developing countries, population ageing, and related implications are becoming evident in the socio-economic-demographic context of Bangladesh.  Among the implications, elder abuse is one of them which is a hardly talked about issue like many societies of the world.  Deprived from a constitutional and human rights perspective, this vulnerable population also almost keep silent due to the apprehension of shame and further retribution from the abuser.  Increasing numbers of older population along with the rapidly changing socio-economic milieu due to urbanization-industrialization-modernization impacts is making the situation greater and more complicated.  Moreover, lack of data and research has made this ‘hidden’ issue more inexplicable and uncertainties loom further.

The major objective of this paper is to explore and review the broader contexts and consequences of elder abuse in Bangladesh.

Secondary information, both quantitative and qualitative, would be explored and analysed.  The rights, legal and related policy issues would be integrated as the outcome of the emerging situation of elder abuse.

Among different ageing research in Bangladesh, very few have addressed elder abuse issues.  Older population suffer from different forms of abuse in the context of their socio-economic, demographic background.  ‘Feminization of abuse’ is one of the prominent features of the situation due to widowhood and lower socio-economic conditions than men.  Abandonment of older people is another seldom-exposed forms which sometimes appears in news media and creates temporary social uproar.  Despite being shrouded by a ‘culture of silence’, the latent issues of this emerging population are manifest in new kinds of socio-institutional arrangements.

Rapidly changing social milieu in this transitional society is transforming the contexts and consequences of the abused older population.  More initiatives and awareness among public-private spheres and innovative researches are required to explore and address the sensitive and hidden aspects of this vulnerable population.

“She’s only got a year or two left in her”: Gendered ageism in the federal workplace.

Older Adults with Dementia: Their Stories Tell their Journeys

“Love: The Last Chapter”: A documentary case study on senior’s living and the importance of connection/intimacy at all ages