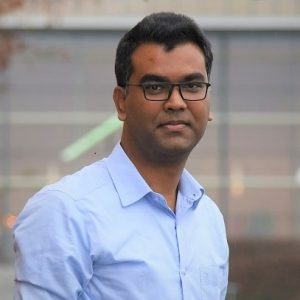 With a tertiary level of education in the discipline of International Relations along with post graduate diploma in International Development Studies Mr. Akram is currently engaged as a doctoral researcher at the Örebro University, Sweden. Mr. Akram has a broad based research, evaluation, policy and program management exposure in the field of development with expertise in extreme poverty, socio-economic resilience, social protection, food and nutrition security. Prior to joining as a doctoral student, he had been working for development cooperation with the European Commission’s office in Bangladesh as ‘Programme Manager-Livelihoods & Resilience’. During his short but broad based career journey Mr. Akram had the opportunity to work for some world renowned organizations like Oxfam, Action on Disability and Development, Plan International, BRAC and so on holding different strategic positions from mid to senior level. His doctoral research is expected to be benefitted by his practical experiences in the field which would be exploring the lived experience of the extreme poor older people in Bangladesh. He is also affiliated with the Swedish National Graduate School for Competitive Science on Ageing and Health (SWEAH), an initiative of Lund University and funded by The Swedish Research Council.

Living in extreme poverty: What does it mean for older people?

Older people are growing majority among the extreme poor. Their experiences of extreme poverty are qualitatively different making them as a unique case in the poverty discourse. Without a detailed understanding of the lived context, their poverty will be impossible to address. Findings of the paper emerged from qualitative panel dataset, collected in a semi ethnographic manner, from 12 households followed annually over five years.

Results indicate many important interacting and overlapping dynamics related to ageing and extreme poverty. Respondents are found not only asset/income poor but also vulnerably relation poor which exacerbates their level of destitution, marginality and vulnerability. Fractured intergenerational relation/bargain and absence of state-led support force them to work beyond the ideal working age in labour intensive sectors with discriminated wage rate. Majority live either through begging or working as a domestic help but mostly paid in kind, another source of deprivation. Access to social protection depends on their political loyalty and strength of connections leaving most of them excluded. Survival and coping ability of the older people are often challenged by disasters, external shocks and stresses indicating to a lack of resilient infrastructure and support system. Majority of them are landless and reported severe housing problem. Living in own land has been frequently mentioned as an indicator to live with dignity.

The lived experiences of the older people in such precarious living conditions are tantamount to gross ignorance of rights and entitlements. This ignorance of the state, society and the family would be too costly for Bangladesh to afford in the long run. Need based state-led support, access to stable and modest safety-nets with proper insurance mechanism can ensure a decent ageing future. Simultaneously, ageing sensitive policies, long term plans and programmes, community-based ageing interventions involving different generations can bring faster changes.