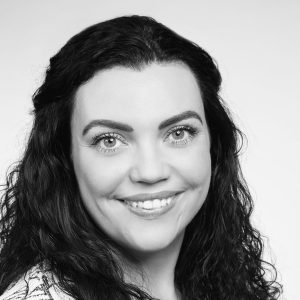 Sirrý Sif Sigurlaugardóttir graduated in 2015 from the Univeristy of Iceland with a Masters in Social Work. She has worked at the Alzheimer Iceland main office since.

Living With Dementia in Iceland

Alzheimer Iceland was formed in 1985 and has been a member of Alzheimer Europe since 1998 but the evolution of services for people with dementia and public awareness has been rather slow. But in the past two years there has been a shift for the better.

Alzheimer Iceland would like the chance to participate in the IFA global conference in Toronto to share what it has been like living with dementia in Iceland in the past, what it is like today and what hopes we have for the future. It would be based upon the work of a group of specialists who are working towards educating professionals, carers and people with dementia about living well with dementia. A big part of that process has been going around the country hosting symposiums, talking to the locals about what can be changed to make sure people with dementia do not have to move to Reykjavík (the capital) to get sufficient service.

Participants in the symposiums have been people with dementia, carers, professionals and policy makers on the local and governmental level. There has been an awakening amongst Icelanders regarding dementia and Alzheimer Iceland is hopeful for the future.