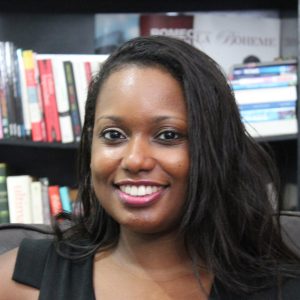 Rochelle Amour earned her BSc Psychology at the University of the West Indies, St Augustine, with First Class Honours in 2011. She spent a year at the Division of Ageing at the Ministry of the People and Social Development in Trinidad working on public education and data collection before pursuing her MSc Gerontology at King’s College London, UK.

Managing Dementia in the Caribbean: Challenges faced in Trinidad and Tobago

Background: Reducing vulnerability and building resilience in developing countries cannot be accomplished without the management of disease, particularly mental illness.

Managing Dementia is especially key to achieving several of the UN’s Sustainable Development Goals, which affect older persons. Dementia has the double impact of creating a vulnerable subgroup of persons with mental illness out of an already vulnerable, older cohort. It also carries a socio-economic burden beyond any other chronic illness due to the long-term care required; affects women more than men, and in many communities has hampered the earning potential of families due to the need for informal care.

Major challenges faced by practitioners in T&T in Dementia Management;

As in many developing countries, there are widespread, outdated beliefs about ‘senility’ being a normal part of ageing. This is not only due to limited levels of education among the older population, but to the overall lack of awareness and strong stigma around mental illness in general.

Family members often dismiss early symptoms, only taking the patient to a health professional when the symptoms are unmanageable. Late diagnosis leads to families abandoning their loved ones at hospitals to avoid the burden of care, and also due to a lack of support from social services.

No national dementia awareness campaigns have been done to date, unlike for other Non-Communicable Diseases (NCD’s) like diabetes or cancer. This is due to a broader neglect of mental illness, which receives an allocation of less than 1% of the national health budget. Most of this goes to the only mental hospital in the country, which serves both islands. With such limited resources, public health practitioners are often poorly trained in being able to adequately identify, treat or

Most persons provide informal care to loved ones with dementia, yet are uneducated about the disease. There is no institutional support for these caregivers, who often go years without respite care, may lose their jobs or suffer from carer burnout.

The Ministry of Health approached Age Caribbean about the inclusion of dementia in the National Strategic Plan for the Prevention and Control of NCDs (2017-2021). It is hoped that this leads to the launch of recommended national awareness and training campaigns.

Age Caribbean has led several private caregiver sessions on person-centred care and dementia, however there is a need for more public-private sector collaboration to optimise impact of sessions.

It is important when working with Caribbean countries to bear in mind the poor attitudes towards mental illness, as well as the political and economic factors at play surrounding budget allocations.

Examining current access to Assistive Technology for older adults in Canada through Human Rights-Based Approach to Health. Influenza and older adults: vaccination is important to support healthy aging across the spectrum of frailty