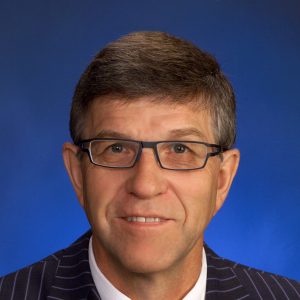 Nolan Crouse is a Canadian (Albertan) who has worked in the political realm the past 13 years and has developed a reputation as a leader in “Community Development”.

In addition to being Chair of the Alberta Capital Region Board of Directors and Co-Founder of the Alberta Mid-Sized Cities Caucus, Crouse also has studied the impact of marijuana legislation on communities and has completed substantial research on the Colorado, USA experiences.

While it is its early years globally, countries such as Australia, Finland, Israel and several states in the United States have varying forms of legislation that span from medicinal use to recreational possession laws. The pace of change worldwide is remarkable, likely sustaining and it remains important to understand the use by and impact on ageing adults and the communities where they live.

The impact on communities may be profound, and as such, countries, states, provinces, municipalities, schools and the general public need to better understand and become informed on this societal and medicinal shift.

Policy studies and medicinal studies are underway and ongoing while the impact on communities is emerging and potentially remarkable.

Crouse will speak about the global change and the 20 policy considerations that communities need to have relative to ageing adults, senior’s facilities, open spaces, hospitals, schools, driving and more.

The impact on community juxtaposed with the impact on older adults will be the focus of this presentation on a very emerging topic.

Marijuana Legislation and its Social and Community Considerations on Ageing Adults

Marijuana – a Global change affecting communities and the ageing population.

While Canada, as a nation is readying itself for the legalization of the recreational use of marijuana, the debate rages on in this country, and indeed will be interpreted differently across Canada, by Provinces and Municipalities, as to where the burden of implementation is indeed transferred to when it comes to the cost and benefits of implementing this new impending legislation. The matter is affecting communities across Canada and communities must be ready for that change. Equally so, the affect on the ageing population must be evaluated and studied.

Many countries around the world are facing marijuana legislation questions and many have in place legislation that is varying to say the least; from Spain to the Netherlands to different states within the United States. Canada, it appears will have the most liberal legislation in the world beginning perhaps as early as July, 2018.

Since permissive marijuana legislation is relatively new, and exists mostly for medicinal purposes throughout the world, little research exists on the use, costs and benefits of recreational marijuana with older adults. Some of the early Colorado, USA, anecdotal experience is indicating reasonably high usage amongst baby boomers and indeed the affects on hospitals, schools, parks and streets are what communities must deal with as everyone learns from the Colorado experience.

Then there is the use amongst isolated seniors, lonely ageing adults, drivers of all ages, usage within seniors’ lodges and institutions and more. Policy considerations for these areas and the affects at the community level will be covered.

So, this topic will cover some of the implications, in a balanced view, of the upside and downside of the apparent legislation, what communities need to track and report, and indeed how the affect on the older population manifests itself. The paper will challenge policy makers and community leaders on what to watch out for and what to track as Key Performance Indicators.

Finally policy considerations for communities in general will need to consider will be covered.

Age Friendly in Northern Ontario First Nation Elders who use wheeled mobility: an exploration of culture and health