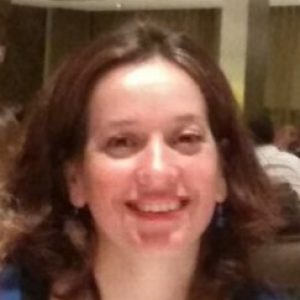 Measurement of Active and Healthy Ageing in Europe according to two models: Preliminary findings from SHARE

Active and Healthy Ageing (AHA) is the process of optimizing opportunities related to health, participation, and safety in order to improve quality of life. The most often model used for measuring is Rowe and Kahn’s Satisfactory Ageing model. Nonetheless, this model has limitations. One of the strategic objectives of the WHO Global Strategy and Action Plan (2016) consists in improve measurement, monitoring and research on Healthy Ageing. Our objectives are to compare two models of assessing AHA and further compared the results by country and sociodemographic variables.

This was a cross-sectional, observational analysis of a representative sample of the general population aged 50 years and older in Europe. The data analyzed were obtained by the Study of Health, Ageing and Retirement in Europe (SHARE). The dependent variable was AHA and its dimensions, measured using the Rowe and Kahn AHA model (AHA-RK) and a model based on the WHO definition (AHA-WHO). A descriptive analysis and multivariate models of binary logistical regression were developed.

The sample consisted of 52.641 participants, mean age 65.24 years (SD=10.18; Range=50-104), and 53.2% women. The prevalence in the AHA-RK model was 23.5% (IC 95%=23,1%-23,9%). In addition, 53.0% had low probability of illness and disability, 49.2% maintained high physical and cognitive functioning, and 57.4% were actively involved in life activities. In the AHA-WHO model, this prevalence was 38.9%. Other dimensions included 73.1% prevalence of physical well-being, 63.6% of mental well-being, 66.9% of social well-being. In both models, significant variations were observed between the countries, and were distributed along a north-central to south-east gradient. In the AHA-RK model, the highest prevalence was observed in Switzerland (39.5%) and the lowest in Spain (14.1%). In the AHA-WHO model, these extremes were observed for Denmark (61.2%) and Estonia (23.7%). The sociodemographic variables associated with the absence of AHA were advanced age, female sex, unmarried status, low educational level, lack of employment, and low financial status. The odds ratios for AHA were similar in both models for all sociodemographic variables except age: in the AHA-RK model, people aged 85 and older were 15 times more likely to have AHA than people 50-64 years old; the difference was less than four times as likely in the AHA-WHO model.

There were differences in AHA prevalence depending on the model. Our results provide greater evidence that the AHA-WHO model does not penalize older age and is more likely to characterize AHA from a health promotion perspective.

Promoting Healthy Living and Well-Being for Older Adults Through Education, as well as Combating Ageism. Healthy ageing at home: a qualitative study of the perceptions of older adults, family caregivers and healthcare providers