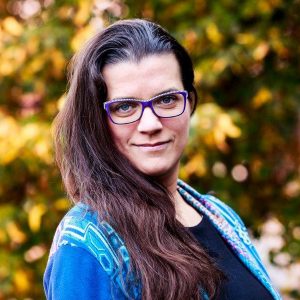 Mgr. Lucie Vidovićová, PhD. is a sociologist. Her long-term research interests include sociology of ageing, environmental gerontology, age discrimination, and active ageing. She is also involved in research projects in the field of family and social policy. She conducts research for national as well as European bodies and works as a consultant on a number of implementation projects such as Ageing in the media. Lucie also cooperates with different governmental and NGO bodies in the field of senior advocacy. Her experience includes involvement with the European projects DIALOG (HPSE-CT-2002-00153), ActivAge (HPSE-CT-2002-00102), MOPACT, and cooperation with EUROFOUND. She is also part of the UNECE Task Force for Ageing-related statistics. Recent projects she has been involved in include surveys of older consumers, age discrimination (www.ageismus.cz), ageing in big cities and rural areas (http://starnuti.fss.muni.cz), and the issue of role overload in active ageing grandparents (http://ups.fss.muni.cz). Lucie also serves as The Treasurer of RC 11 Sociology of Ageing at the International Sociological Association (ISA) and is a member of Croatian Sociological Association. Since 2016, she has also served as a co-leader of a working group on spatial exclusion within the ROSEnet COST Action.

The paper introduces the Age-friendly City and Community Index. The proposed index assesses the dimensions of outdoor spaces and transportation as they are perceived and evaluated by older people. The dimensions and items included in the index are constructed upon the theoretical framework proposed by the WHO Global Age-friendly Cities Project. Validation of the results of the index is based on experimental open-ended question analysis. The resulting categories confirm the importance of greenery and aesthetics for the age-friendly concept. The data for urban areas were collected during the representative survey in population aged 60 and plus (N= 1902) within the research project “Ageing in space: regeneration, gentrification and social exclusion as new issues for environmental gerontology” (2010-2012). We use these data as a simulation of the public consultations required in the age-friendly cities projects and our index serves also as a tool for policy evaluation. The rural areas age-friendliness data (N = 1235) were collected within the various types of rural areas under the project titled “Rural ageing: unanswered question(s) in environmental gerontology” (2016-2018). Based on the results, the issue of appropriateness of the measure was discussed, as hybrid rural municipalities, i.e. those more “urban-like”, reach higher values in the index. However, both rural and urban older people have the same levels of general satisfaction with the neighbourhood, levels of subjective happiness and subjective wealth, but they reach those by different paths. Call for recognition of the heterogeneity of rural communities brings attention to various aspects attributing to the place-based quality of later life. The issues relevant for regional and local policies are addressed as well, as their implementation has recently been transferred from the state to lower levels of governance and the need for evidence based policies has increased. Age-friendliness is part of the combat against the place & space based social exclusion of older people and can play an important role in reaching the goals of the Sustainable Development Goals of the United Nations Agenda for 2030.