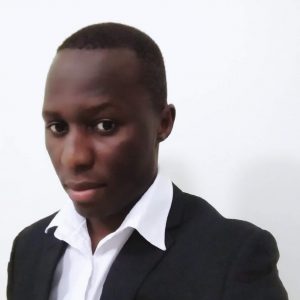 Musiige is a Program officer and team lead of the Ageing and Demographic department at Community health Access Foundation Uganda. He has strategically contributed to the body of knowledge in the area of ageing in Uganda. Currently, he is pursuing a Master in population Health at Makerere University in order to improve his skills in population Health and Ageing.

Mortality and its associated factors among older HIV infected patients on antiretroviral therapy: A retrospective cohort study at urban HIV clinic in Uganda

Background
Access to quality Highly Active Antiretroviral Therapy (HAART) among HIV infected patients is associated with good treatment outcomes.  However, most studies have been conducted in developed countries, as there is typically limited data in low-resource constrained countries.  Our study used routinely collected data to assess mortality and its associated factors at one of the urban HIV clinics in Kampala.

Methods
Data was retrospectively reviewed for patients attending one of the urban HIV clinics in Kampala.  A cohort analysis of adult (> 18 years) HIV-Infected persons who were initiated on HAART between January 1 2006 to 2nd January 2014 was conducted.  Age stratification was 18-34 years (younger adults), 35-49 years (mid-age) and 50 years and over (older adults).  Mortality was described using Kaplan Meier Survival analysis methods, to calculate the survival probability with death as the end point.  Regression analysis was performed to determine adjusted relative risks (RR) of mortality.

Conclusion
Slow immunological response among older person was associated with mortality.  Hence, optimal treatment of older persons on HAART is critical to reduce mortality among this age category.

[1] CD4 count is a laboratory test that measures CD-4 T lymphocytes (T cells) via flow cytometry.  This test is an important parameter in HIV management and is used to guide clinical treatment.  The CD4 count is a reliable indicator of a patient’s immunologic status and is used to determine the necessity for initiation of prophylactic treatment against opportunistic infections.

[2] The WHO system for adults sorts patients into one of four hierarchical clinical stages ranging from stage 1 (asymptomatic) to stage 4 (AIDS).

Illness, injury and disability for older workers: Perceptions of return-to-work coordinators Health problems of aging: How prepared we are?